In front of the Town Hall 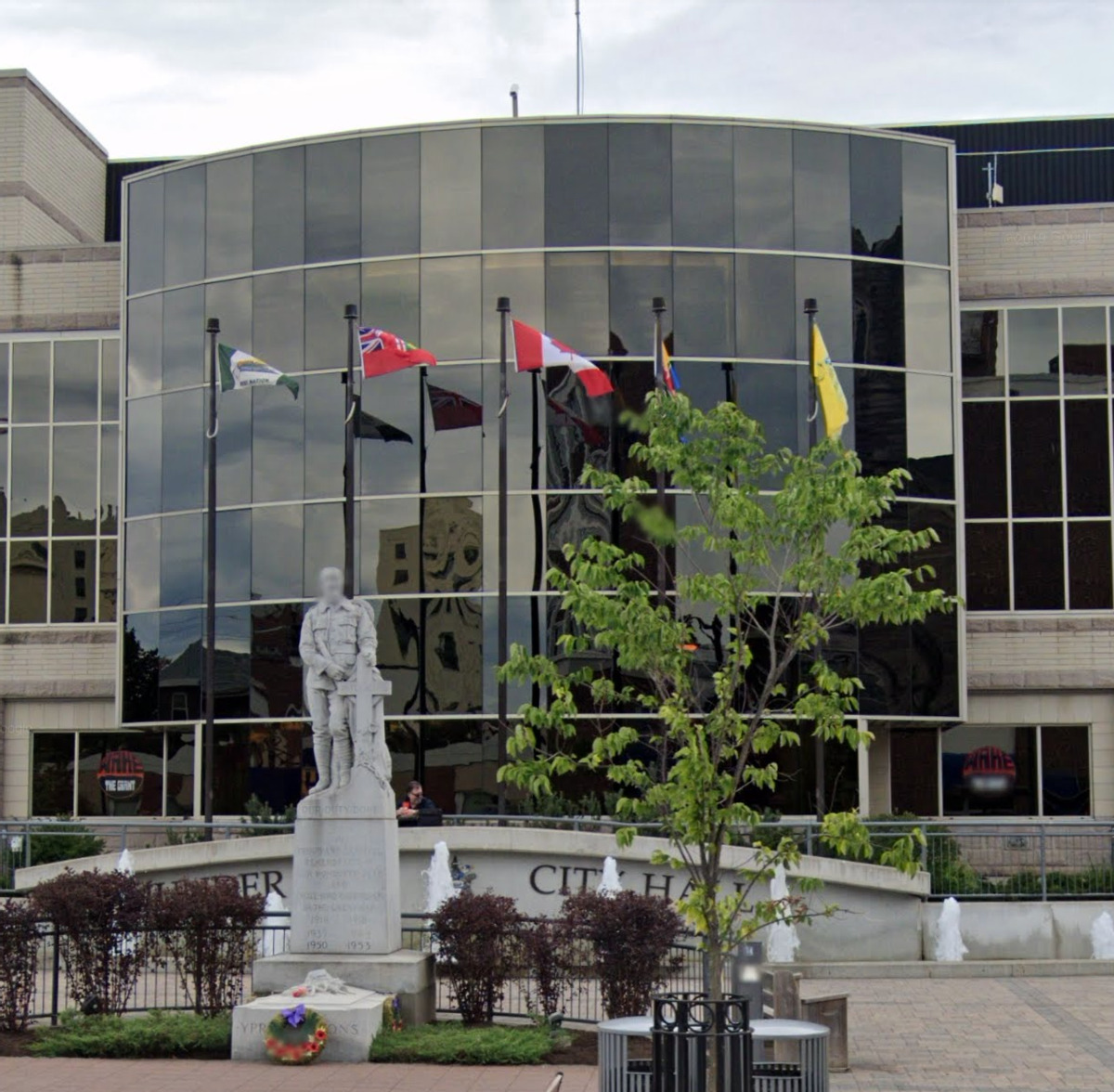 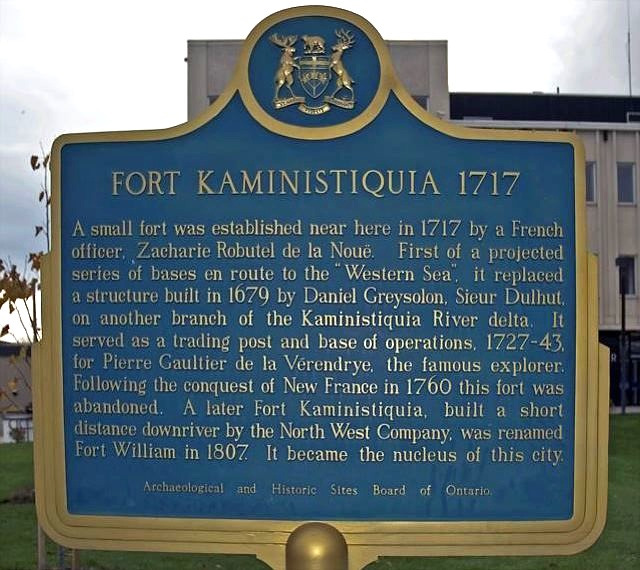 A small fort was established near here in 1717 by a French officer, Zacharie Robutel de la Nouë.

First of a projected series of bases en route to the "Western Sea," it replaced a structure built in 1679 by Daniel Greysolon, Sieur Dulhut, on another branch of the Kaministiquia River delta. It served as a trading post and base of operations, 1727-43, for Pierre Gaultier de la Vérendrye, the famous explorer. Following the conquest of New France in 1760, this fort was abandoned.

A later Fort Kaministiquia, built a short distance downriver by the North West Company, was renamed Fort William in 1807. It became the nucleus of this city. 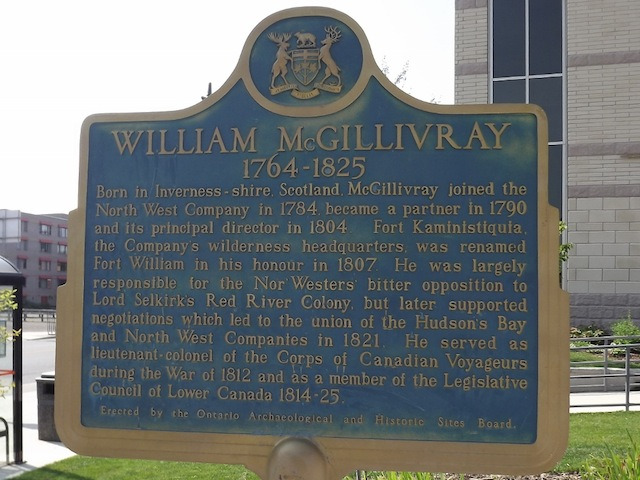 William McGillivray joined the North West Company as a clerk in 1784. The company's wilderness headquarters, Fort Kaministiquia, was renamed Fort William in his honour.

The company's wilderness headquarters, Fort Kaministiquia, was renamed Fort William in his honour. In 1804, he became the principal director of the the company.

The fort that changed its name 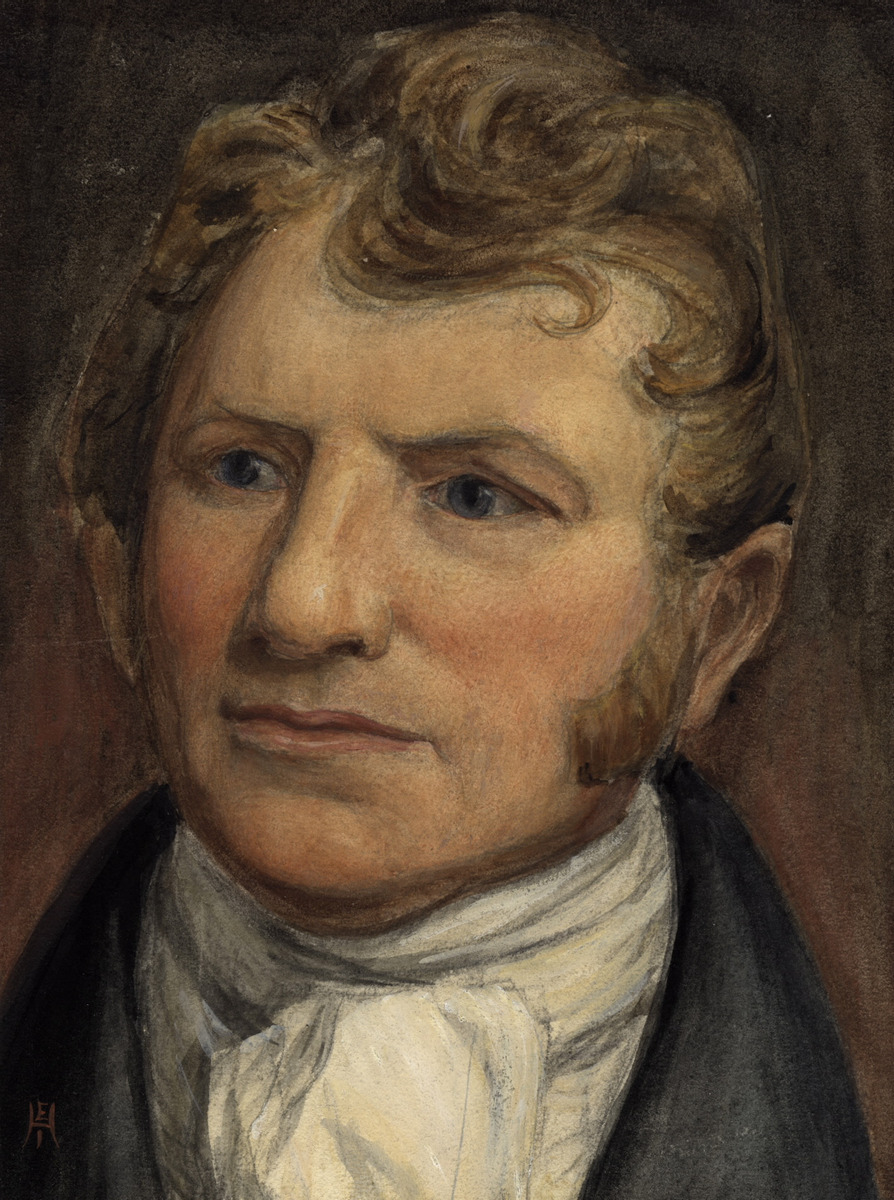 During the summer meeting of 1807, the partners voted to rename their headquarters Fort William in honour of William McGillivray, who had replaced his deceased uncle, Simon McTavish, as the leading figure of the NWC. The NWC continued operations at Fort William until its merger with the Hudson’s Bay Company in 1821. After the union, Fort William lost its raison d'être because most trade shifted to York Factory on Hudson Bay.

William McGillivray had succeeded his late uncle, Simon McTavish, at the head of the North West Company. This company continued to operate in Fort William until 1821 when it merged with the Hudson's Bay Company.

The Company revived the name Kaministiquia and, over time, the fort came to include some 40 buildings erected on 25 acres (10 hectares).

As well as serving as a warehouse and meeting place for the canoes arriving from the northwest and those coming from Montreal, the fort also welcomed the partners of the North West Company (NWC) for their annual meeting.

By 1803, the move from the post at Grand Portage to Fort Kaministiquia was complete, and the Kaministiquia-Dog River Route came back into use.

Forts and trading posts were built with the help of explorers and traders and treaties were negotiated with native groups.

In 1679, Duluth was tasked with furthering French interests by the building of two trading posts. They were located on Lake Nipigon and at Kaministiquia, at the western extremity of Lake Superior, and were placed under the command of Dulhut’s younger brother Claude Greysolon de La Tourette. French authorities closed this post in 1696 because of a glut on the fur market.

On September 1, 1678, Daniel Greysolon Dulhut, seven Frenchman and three first nation slaves (which he had been offered) secretly left Montréal, heading for Lake Superior. His purpose was to negotiate a permanent peace between the Sioux, Chippewas, and other tribes dwelling west and north of Lake Superior and link up this pacified area firmly with New France. He also hoped to prevent the Crees and Monsonis from taking their pelts to the English on Hudson Bay. 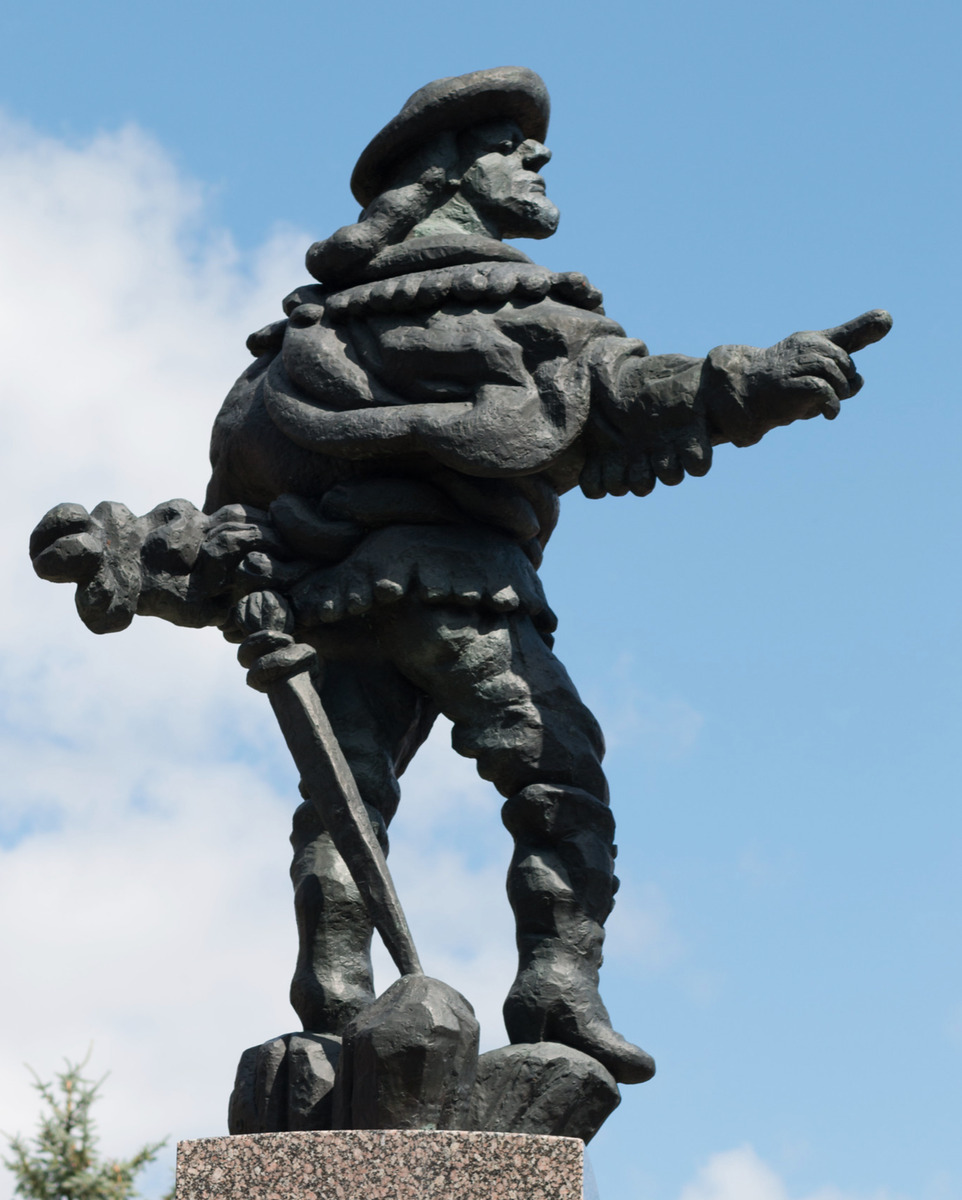 Daniel Greysolon Sieur Dulhut, often spelled Duluht, was born in 1636 in Saint-Germain-Laval near Lyon in France from the union of Claude Greysolon and Marie Patron. Greysolon was a nobleman and quickly rose to prominence in the French royal court. He travelled to New France (Quebec, Canada) in 1674 at the age of thirty-eight to command the French marines in Montreal. Mr. Duluth was most famously known for being the first European to explore the area now knows as Duluth, Minnesota. 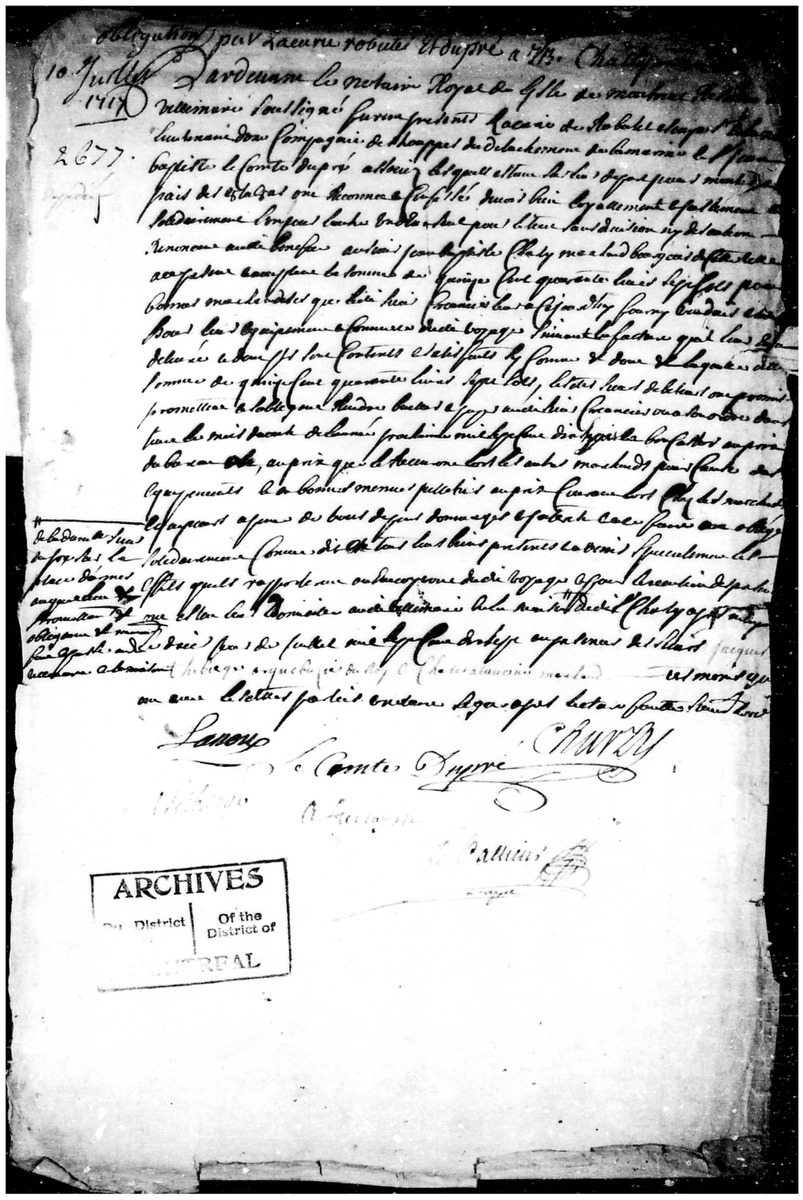 Zacharie was the son of Claude Robutel, one of the 100 or so men and women (including Marguerite Bourgeoys, founder of the Congrégation de Notre-Dame de Montréal) who came to save the fledgling colony in Montreal in 1653. The settlement was under constant attack by the Iroquois and there were only a few dozen men left to defend it. 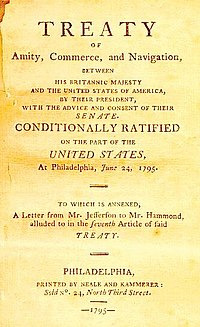 In 1794, as a result of the American War of Independence, the Jay Treaty established a new border between the United States and the British territory. As a result, Grand Portage found itself on American soil.

To avoid paying duty on its merchandise, the North West Company "rediscovered" the Kaministiquia route in 1803 and relocated from Grand Portage to an area near the old Fort Kaministiquia, which had been abandoned by the French by 1759 during the British conquest of New France.  The building of the new depot began in 1801 and was completed in 1804 and was used as a warehouse and meeting location.