The trompe-l'oeil at 326 Marquette Street 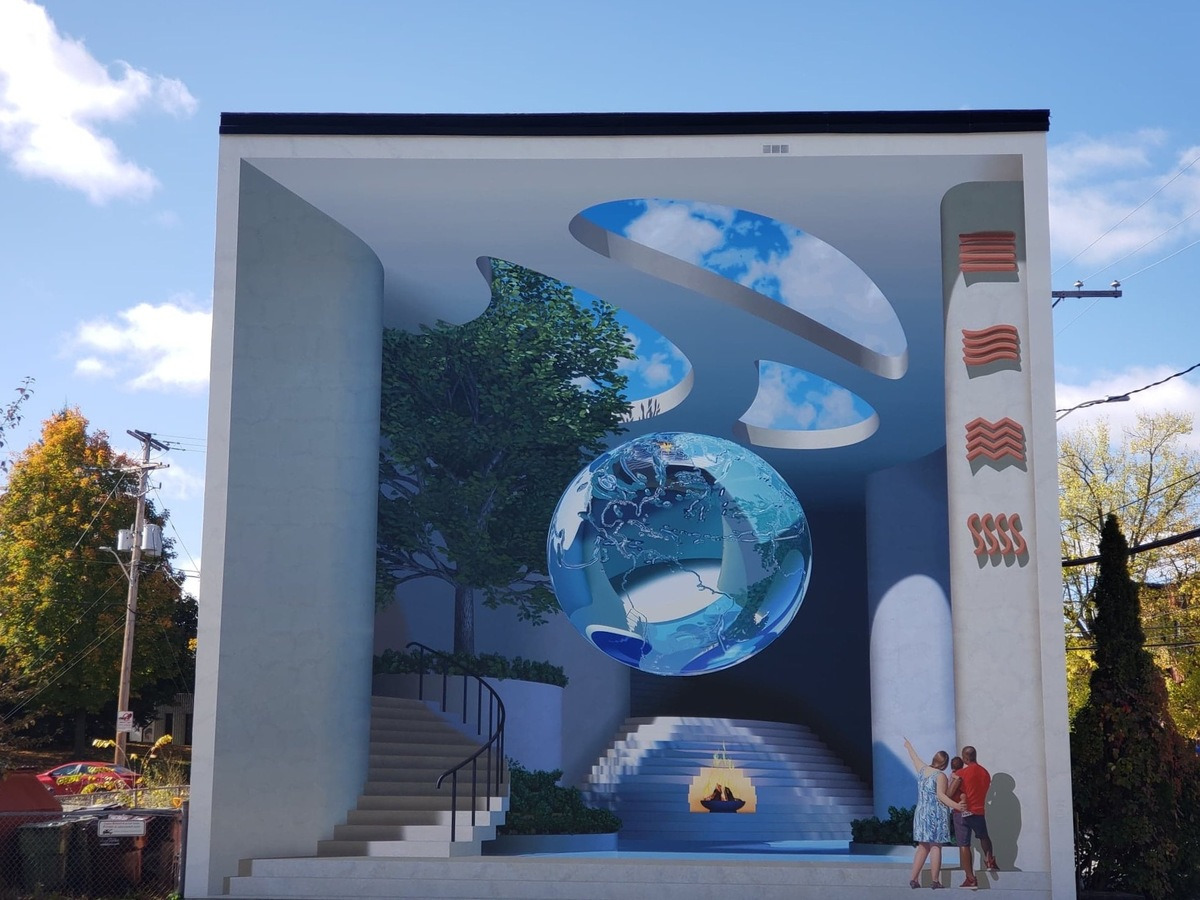 The FIFTH ELEMENT mural is a creation of the artist Steffen Jünemann, assisted by Anatolij Netkal and Lia Jünemann. 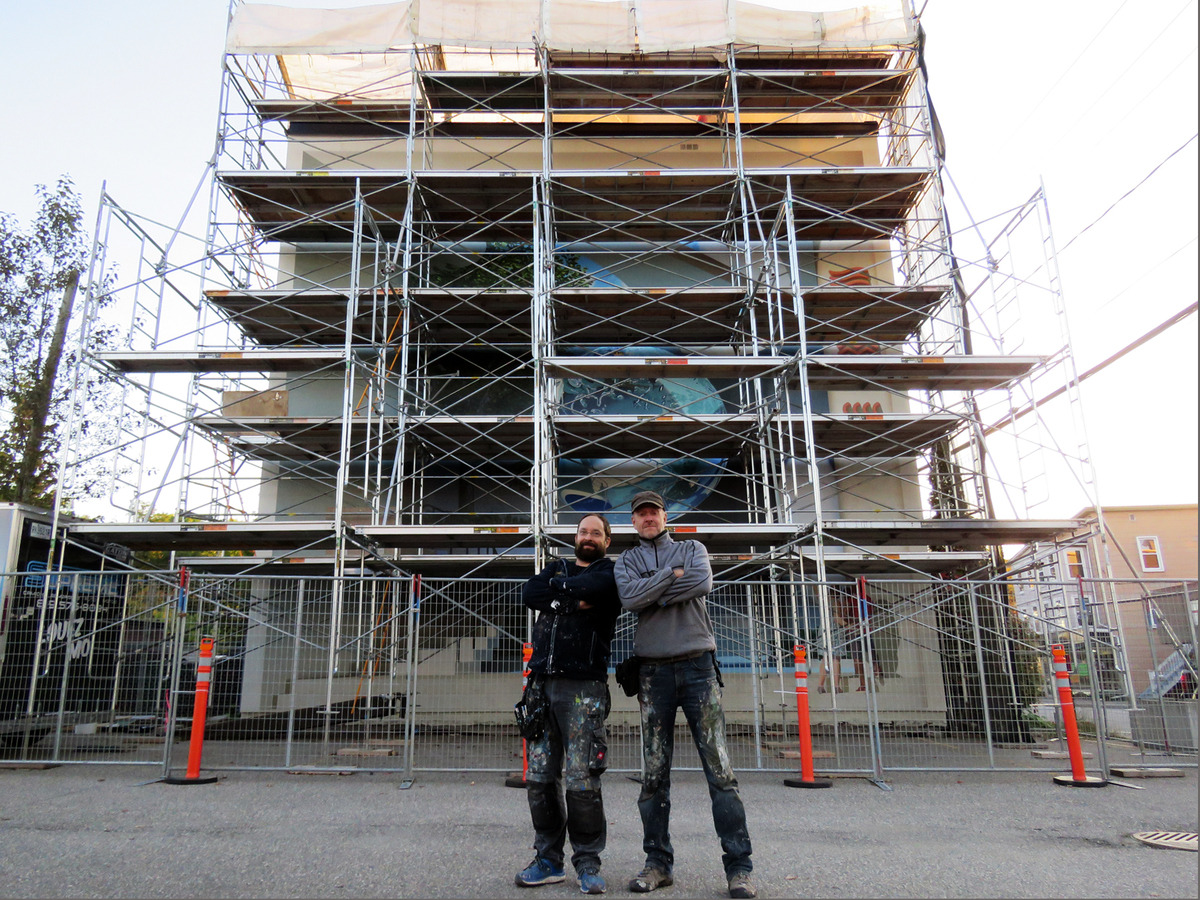 MURIRS invited a renowned German artist, Steffen Jünemann, to create this trompe-l'oeil mural in the style for which it is renowned. The artist surrounded himself with close collaborators. 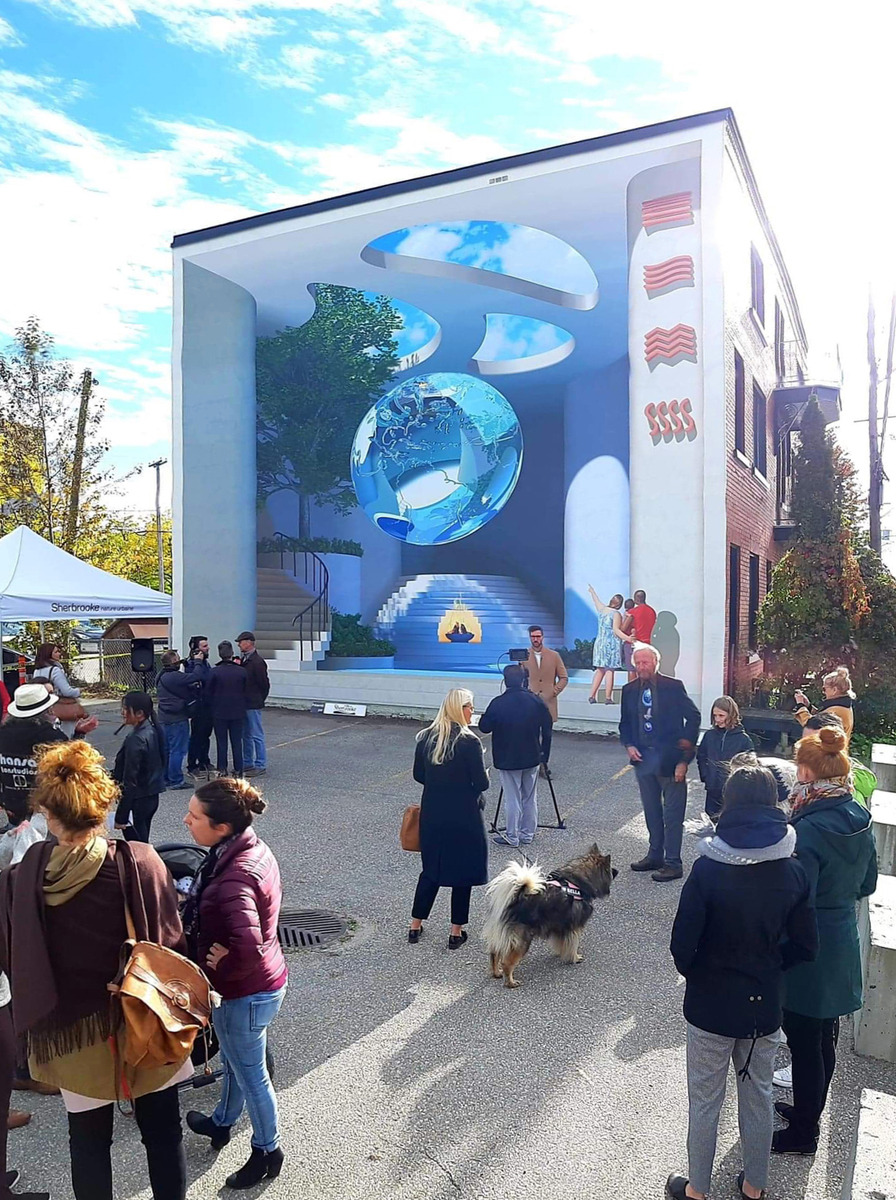 The theory of the four elements dates back to the fifth century BC. It is a way of describing and analyzing the world conceived according to ancient Greek philosophers. These elements are earth, air, water and fire.

Each of the elements is represented by a different symbol on this mural. These symbols are found on the right column as well as in the mural itself. The earth is represented by the tree and the shrubs, the air is represented by the openings in the roof, the water by the basin at the foot of the fresco and the fire is in a hearth in the center of a staircase leading to towards knowledge.

Historically, a fifth element was added by the philosopher Aristotle around 350 BC. It is the quintessence formed by the stars which revolve around the other four elements. From an updated artistic point of view, it is the visitors to this mural that can be seen as the fifth element. 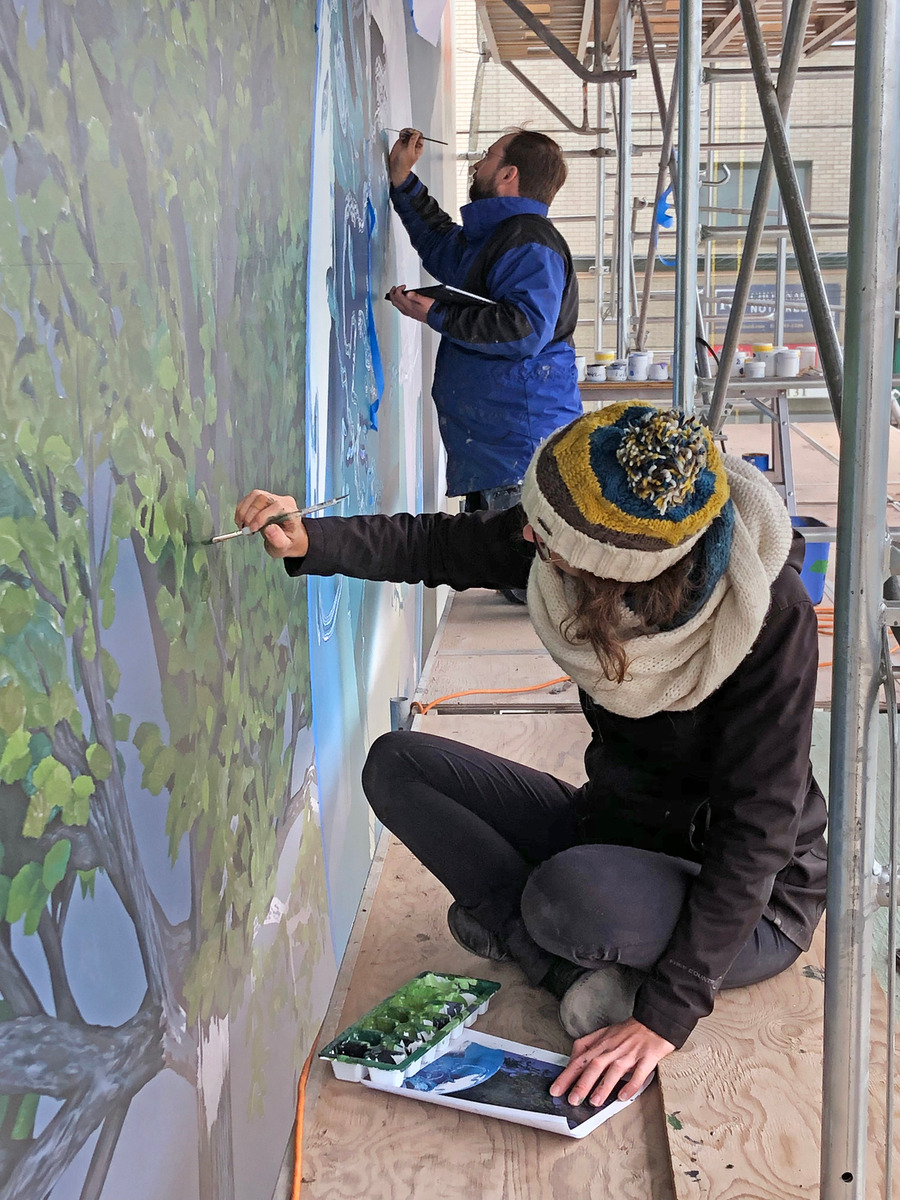 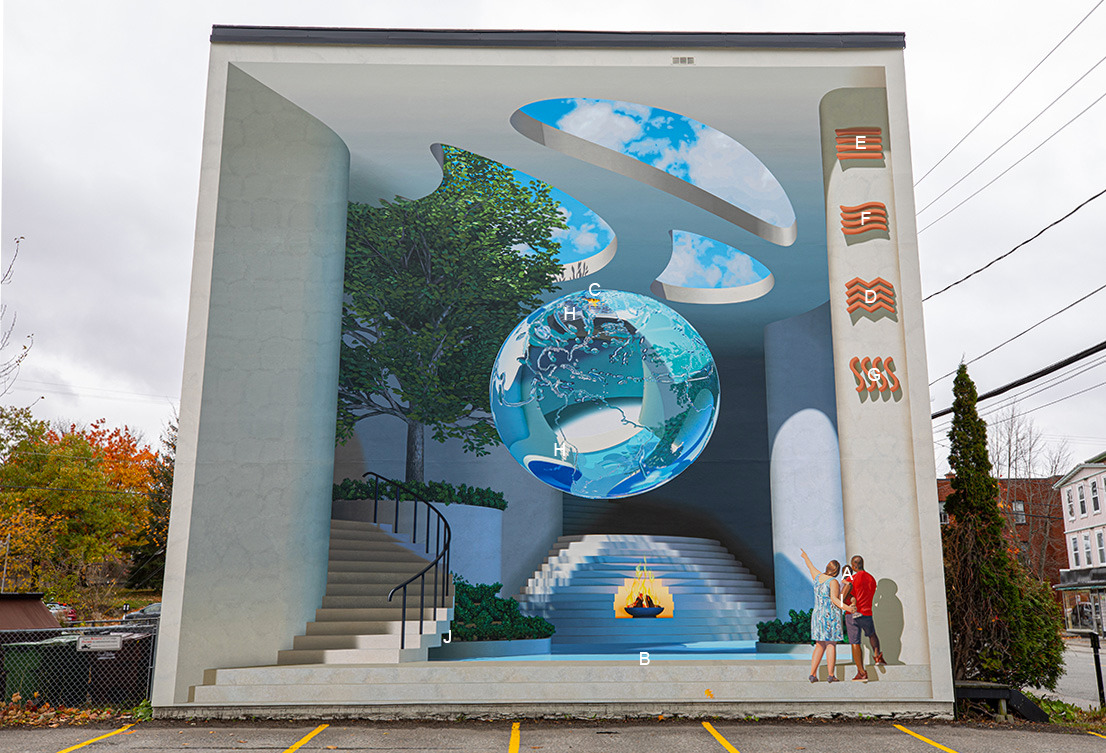