Sherbylove Mural seen from the corner of King and Wellington 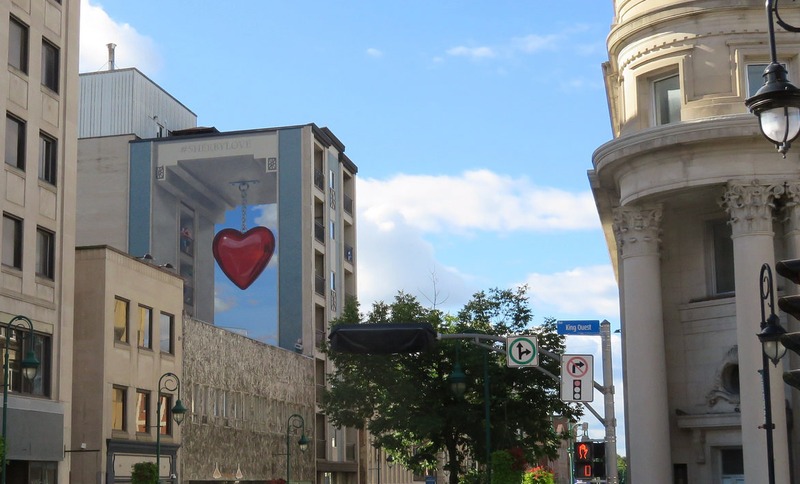 Technically and artistically, the Sherbylove mural was the most difficult one that the crafters from the MURIRS group had to achieve. The team dedicated three months of work to it. 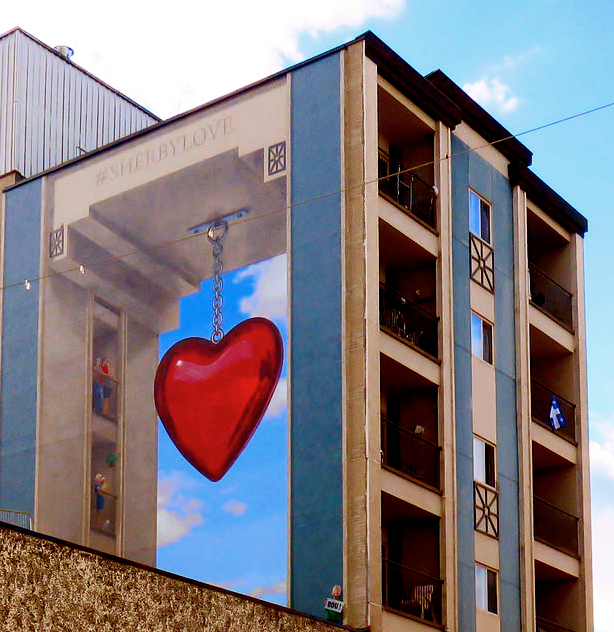 The hashtag #Sherbylove originates from a trip and a love story. In May 2011, after two bloggers from Montreal came to visit a tour in Sherbrooke, one of them summarized her stay using one word: Sherbylove. That word had a snowballing effect and was picked up thousands of times on the social networks. Several years later, the word had become so popular that the elected people of Sherbrooke and the crafters agreed to create this mural.

Sherbylove is intended as the reflection of our time. The huge heart in the middle is supposed to be a tribute to a generation which, at the age of social networks, is busy being at the heartbeat of its city. 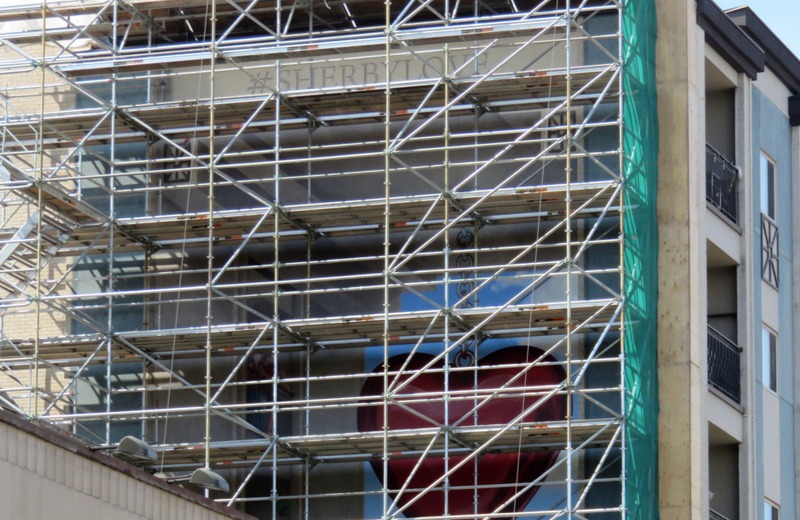 The painters had to go down the scaffold ten to twelve times a day (141 steps) to contemplate the work from a different angle, this throughout the hot days of summer 2016. 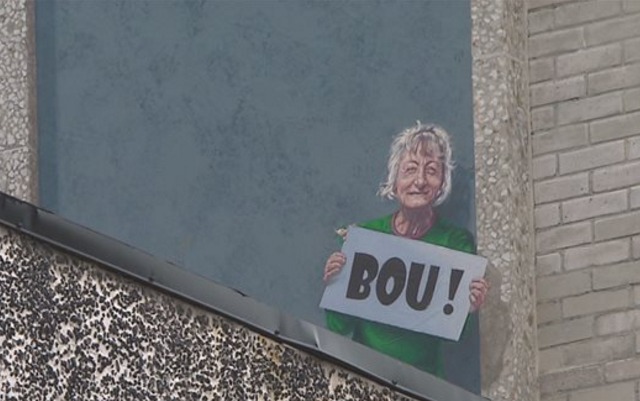 In the lower right, the artists added a spot for Madame Bou, a mythical figure downtown, deceased in February 2016.

Known under the name of « Madame Bou », Francine Lafond used to say « Boo! » to the people hanging downtown. 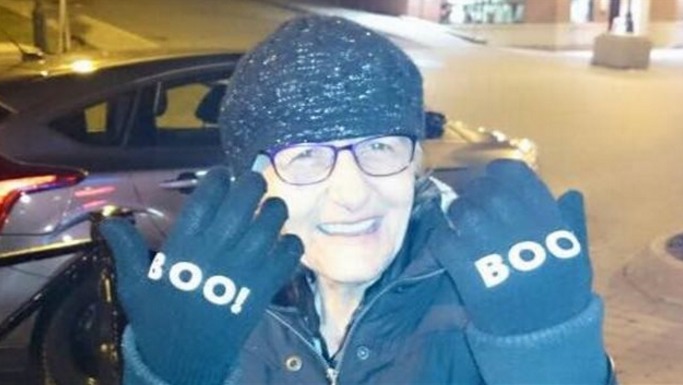 Madame Bou was well-known and loved, especially among the youth. 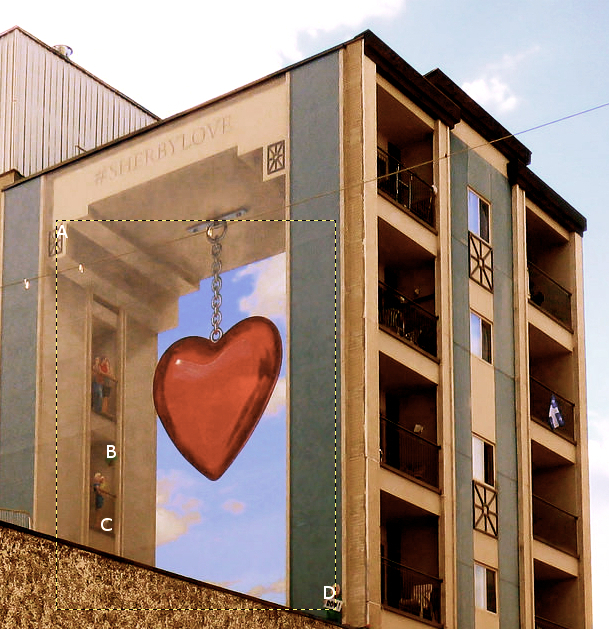