Waltham – The End of the Line 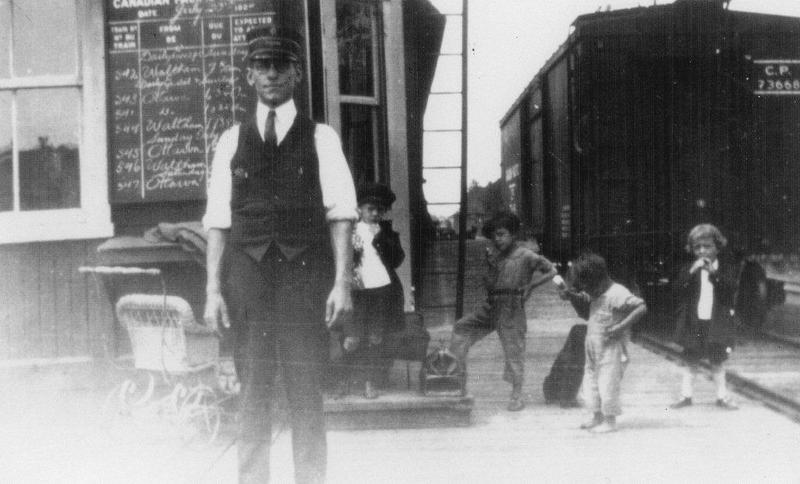 The PPJ railway was meant to run from Ottawa, travel through Pontiac, and then reenter Ontario near Pembroke where it would meet the rail line to Western Canada. In the early 1890s, the train made it as far as Waltham, but construction on the rails was suspended because of a shortage of funds. At first, it was thought to be a temporary set-back, but around 1902-1903 hopes ran out for the continuation of the rail line. So, while Pontiac had planned to be a stop on the transcontinental line, it ended up being a dead end, which had a severe impact on the expected trade that the railway was to bring.

The End of the Line

However, the train was still the major means of transport for the Pontiac community. The first morning train leaving Waltham quickly turned into a way for students from West Pontiac to attend school in Shawville. All along the line, the conductor would stop to pick up students waiting by the railway. 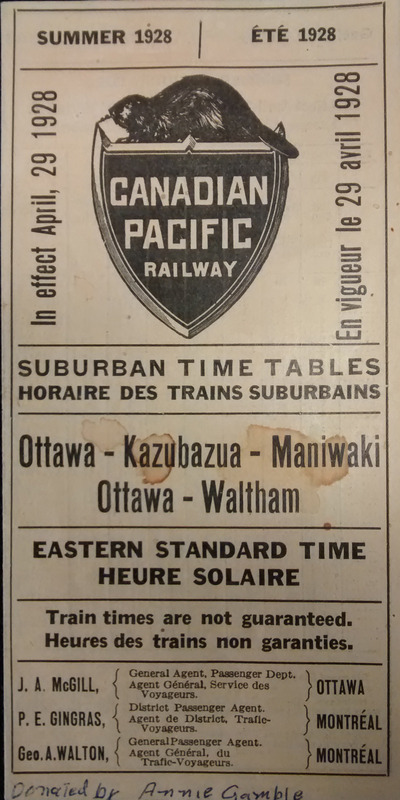 Farmers brought their wheat to the station to be transported and processed into flour. They often had surplus grain which they sold or bartered. The cultivation of wheat was prosperous in the Pontiac.