Living to the Rhythm of the Train

Living to the Rhythm of the Train

The Devonshire Park stop was between Mansfield-et-Pontefract and Waltham. Cottages were built there in the 1920s as well as a hotel, which was popular among Americans during the Prohibition era.

The first cottagers were railway workers and their families. The train would stop at Waltham for the night and the workers would join their family at the cottage.

Over the years, the area became a real cottage community, and their supplies and mail were delivered by train. Frank Martin, a cottage owner, tells us what it was like in the 1940s. 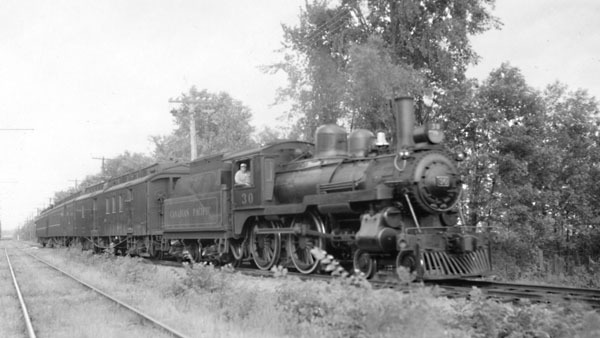