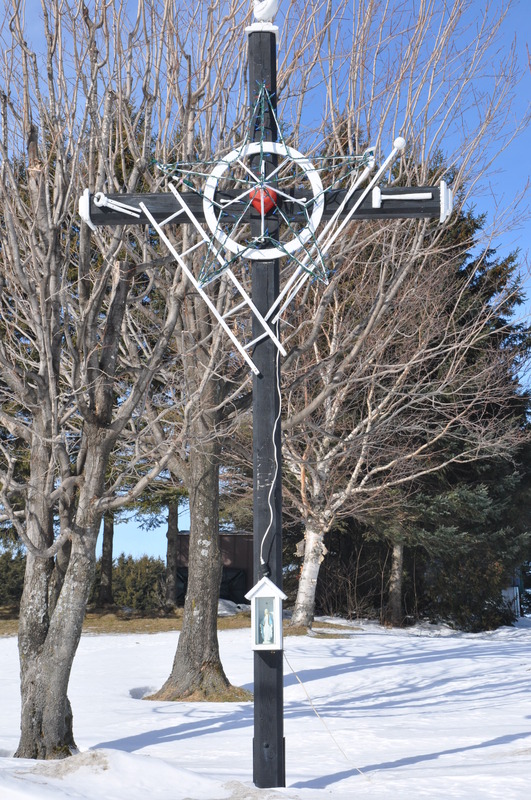 In the mid-50s, Joseph Couture almost died when his horse kicked him.  He escaped unhurt and built a wayside cross to thank God. As if he knew something was going to happen to him, he had asked a friend, Alcide Ferland, to take care of the cross should he become unable to do so. He died a year later.
The Ferland family always kept their promise. In 1972 or 1973, they even rebuilt it and moved it on its current land, property of Janine Ferland, Alcide's daughter.
Free 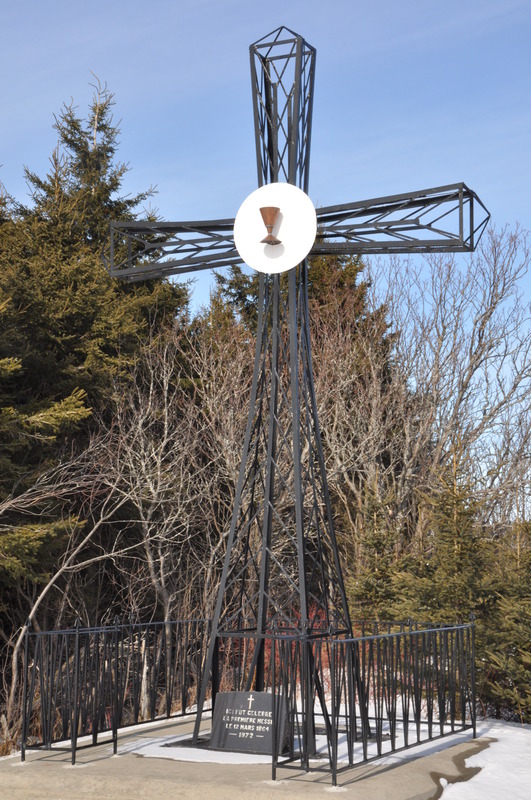 Saint-Séverin is a fertile ground for wayside crosses, since there are nine of them on its territory. Originally, these monuments were built along the roads when they opened for colonization.

Parishioners from a same area gathered at night at the base of these crosses, especially during the Month of Mary, to pray for graces. They did it for various purposes: land fertility, world peace, family health, spruce budworm control (a disease that made evergreen trees dry), etc.

While wayside crosses were built to show piety, these monuments could also be built to fulfill a promise. That was the case for two Saint-Séverin inhabitants who put their words into action after recovering from a serious accident. In the neighbor parish of Saint-Elzéar, parishioners had even committed to build a cross if the government opened a road worthy of the name.

Wayside crosses installation was not a single-person matter. Since they served several inhabitants, their cost was usually broken down between people from the neighborhood.
Free 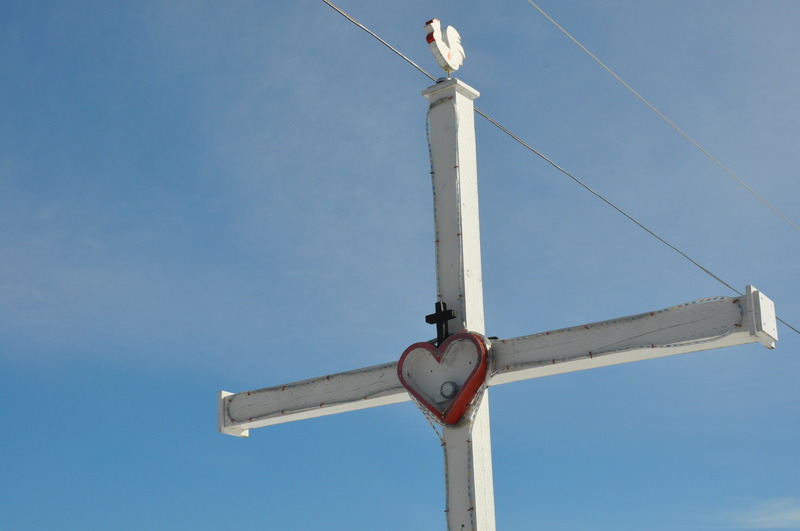 In 1923,Théodule Lachance, involved in a serious accident, had promised to build a cross if he ever recovered.

In 1971, Marcel Cloutier and Lorraine Grenier's families rebuilt the monument, but this time installed it on the side of the road. Six neighborhood owners  contributed to paying construction costs.

At first Marcel Cloutier, the project's initiator, had sculpted a rooster that overhung over the cross, but had to replace it three or four times. His roosters were too tempting for thieves as all other ornaments:  instruments of the passion and a statue of the Virgin Mary.
Free 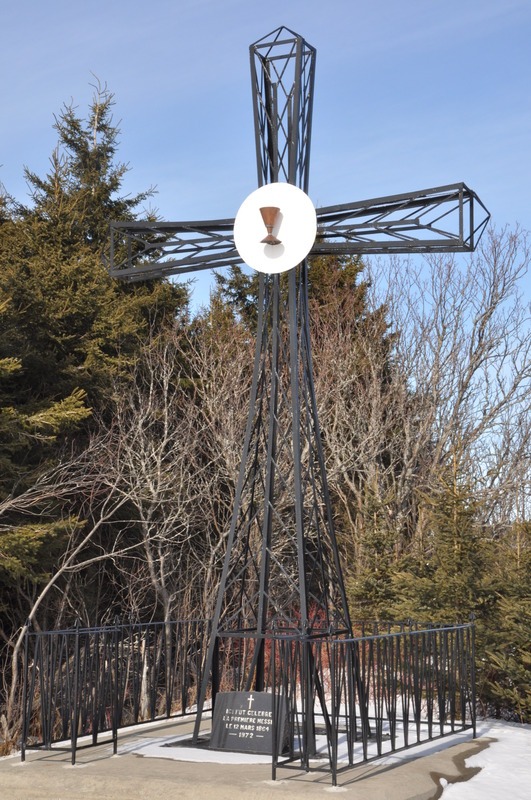 This cross was built in 1972 for the hundredth anniversary of the municipality, at the same location where the first mass was celebrated on March 12, 1864.

It's in Jean Lessard's house that people sometimes received spiritual comforting. According to popular tradition, this house was the object of a particular quarrel when an Irish neighbor decided to have its land surveyed. The division line went right through the middle of the house.

The owner was ordered to move his house. Finally, a less drastic solution was chosen. The line was shifted and is still curved today.
Free