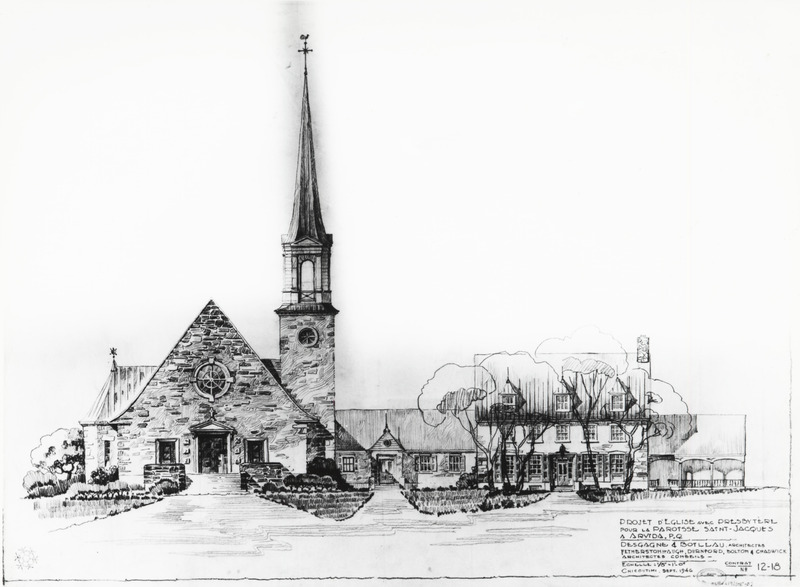 Saint-Jacques Catholic Church was built in 1947. 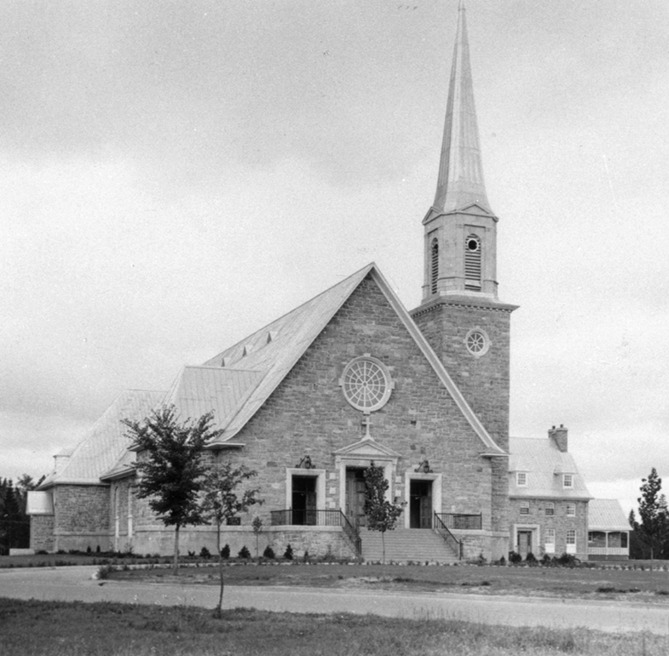 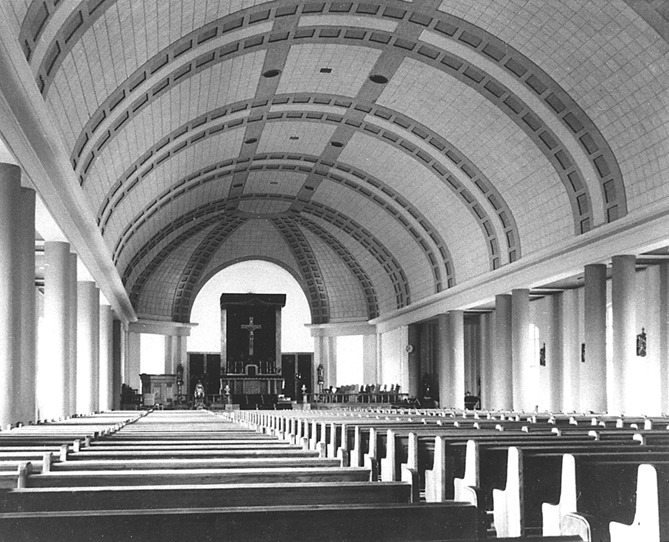 The interior of Saint-Jacques Church, 1950.

The Second World War results in the arrival of a large number of workers who come to work at the Arvida smelter. The parish of Saint-Jacques-le-Majeur develops in this context in order to accommodate the large population growth of the 1940s. The church creates the parish in 1943, but the church is only built after the war, in 1947.