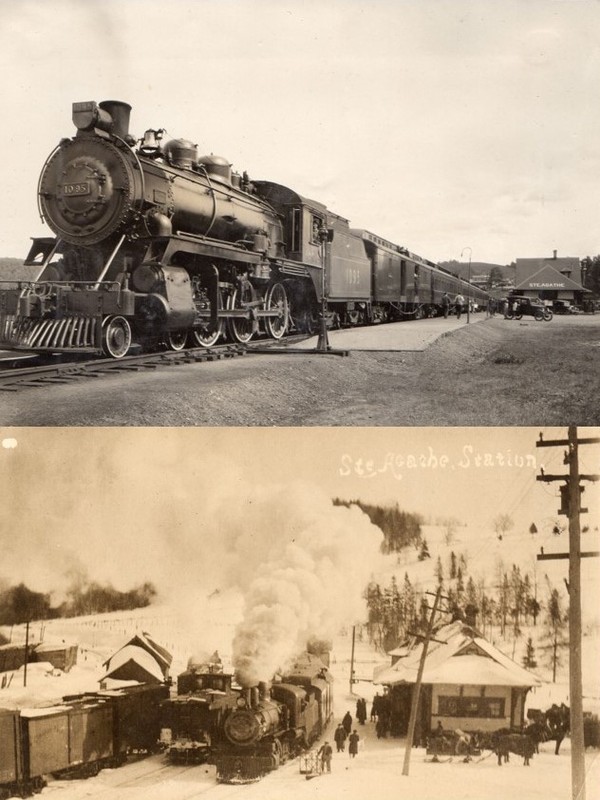 An emblem of progress and a symbol of colonization, the first Canadian Pacific train arrived in Sainte-Agathe on July 9, 1892. There was a small, rudimentary building where passengers would wait for the train and drop off their luggage.

The train station at the current location was built in 1902, then moved several hundred feet away before being enlarged in 1913. It was rebuilt after a fire in 2008. The only station in the Laurentians built in the Queen Anne style, it was among the most attractive along the stretch between Saint-Jérôme and Mont-Laurier, and testified to the vibrancy of the town at the time.

Following improvements to roads and the widespread popularity of the automobile beginning in the 1950s, passenger service between Saint-Jérôme and Mont-Laurier was interrupted in the early 1970s. It resumed briefly from 1978 to 1981, but this revival proved unsuccessful. Freight train service ended a few years after that.

Abandoned for nearly 25 years, the station required major restoration work to restore it to its former glory in time for the 1996 inauguration of the P’tit train du Nord Linear Park. It was extensively damaged by a fire in 2008, and then rebuilt to match its 1902 design. The building was saved from the wrecking ball thanks to the dedication of a group of volunteers, whose “Save the CP Station” movement evolved into the Sainte-Agathe-des-Monts Heritage Committee.

The former train station at Sainte-Agathe-des-Monts was listed as a heritage building by the municipality in 1993 and designated a Heritage Railway Station by Parks Canada the following year. It houses the tourist information office of the local chamber of commerce.

PHOTOS
(1, 2) Trains at the Canadian Pacific station at the intersection of Préfontaine East and Demontigny streets, 1914 and 1928 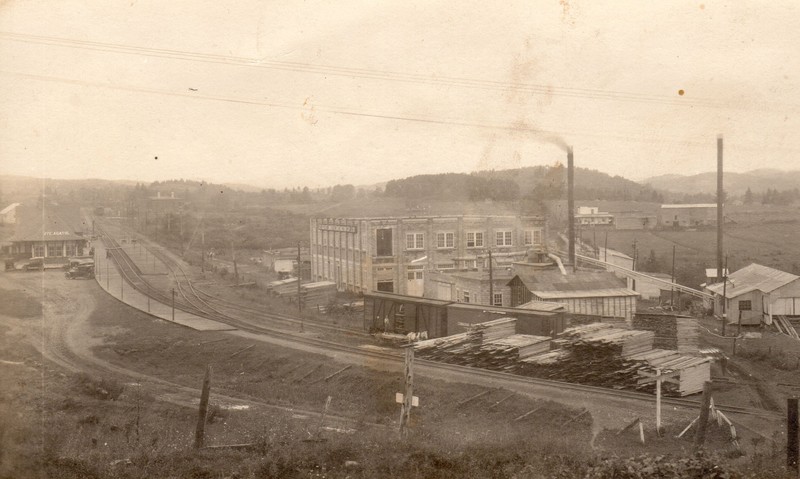 In 1869, Curé Antoine Labelle began lobbying to have a rail line built northward to help ensure parishes in the Laurentians remained vibrant, grew and prospered.

In 1892, the railroad arrived in Sainte-Agathe at last. It would contribute largely to the town’s economic and tourist development.

Thanks to train service, industries and retailers began to multiply and prosper. Businesses could send their goods to the larger urban centres via this new mode of transportation. Many companies, like the Sainte-Agathe Lumber Manufacture (see photo), set up shop near the railroad to make it easier to ship their products. Forestry was an especially thriving industry, continuing into the 1930s. 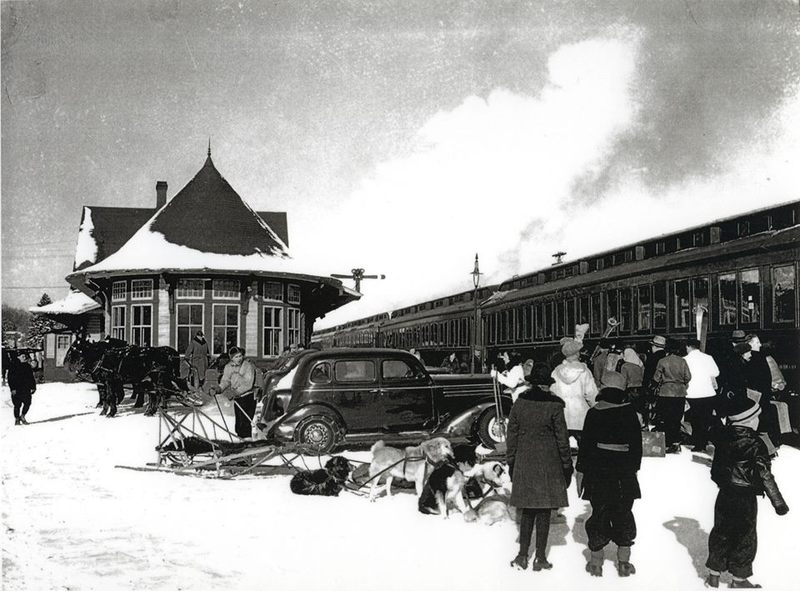 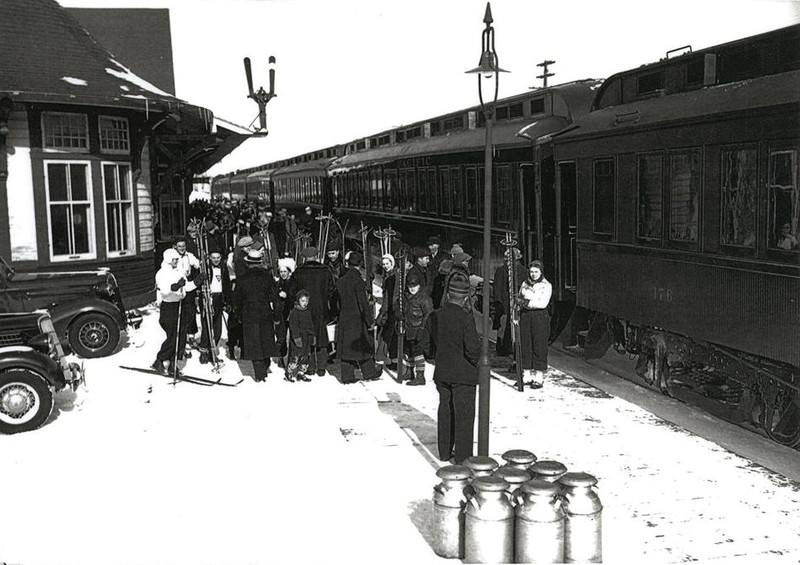 The history of skiing in the Laurentians began in Sainte-Agathe-des-Monts. In 1905, members of the Montreal Ski Club would board the train in the big city and get off at Sainte-Agathe Station. Six years later, Émile Cochand, originally from Switzerland, became the first certified ski instructor in the Laurentians, giving classes to patrons of a renowned Sainte-Agathe hotel. The town soon became a favourite destination for lovers of the sport.

Starting in 1928, Canadian Pacific began running special “snow trains” to accommodate the growing numbers of skiers coming to the region. That year, it was recorded that 11,000 skiers arrived by train in the space of four months!

Wintertime tourism reached its peak between the 1920s and 1950s. Many hotels had their own ski lifts, all using a design invented by Sainte-Agathe resident Moïse Paquette.*

By the late 1960s, skiers had gradually migrated to the larger resorts at Saint-Sauveur and Mont-Tremblant, among others, resulting in the decline and closing of Mont Sainte-Agathe, the last hill in town (which had opened in 1952 under the name Mount Kingston). An attempt to revive the golden age of downhill skiing in Sainte-Agathe in the early 1980s ended in failure.

*Paquette was also the inventor of the aeroski (see Point 1). 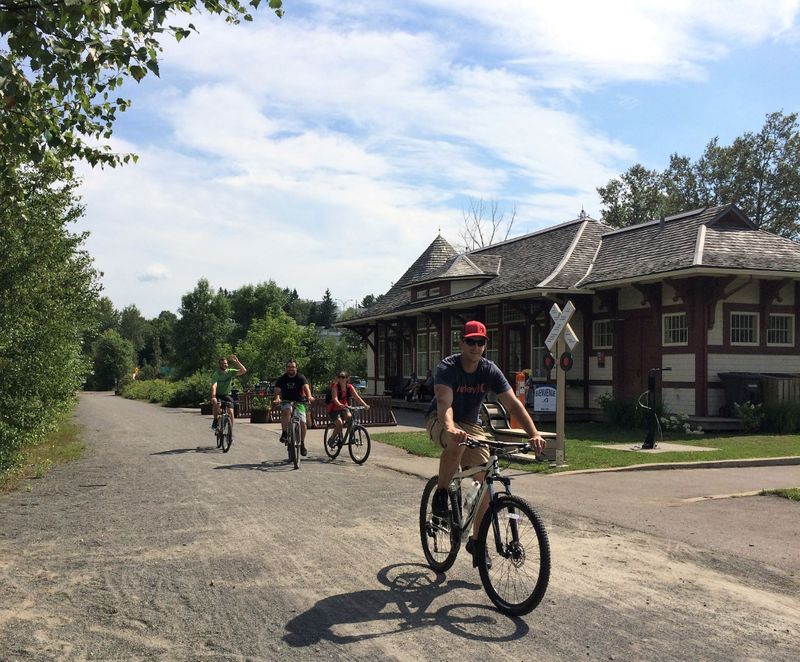 In 1991, Canadian Pacific dismantled the tracks between Saint-Jérôme and Mont-Laurier. The Government of Quebec subsequently purchased the railway bed and, in partnership with the towns and regional county municipalities along it, developed it into a recreational tourism corridor.

In the summertime, the 225-kilometre-long P’tit train du Nord Linear Park draws thousands of cyclists from all over. The bikeway was even named one of the most attractive in the world by National Geographic magazine. In the winter months, different sections of the park are open to cross-country skiers, hikers and snowmobilers. 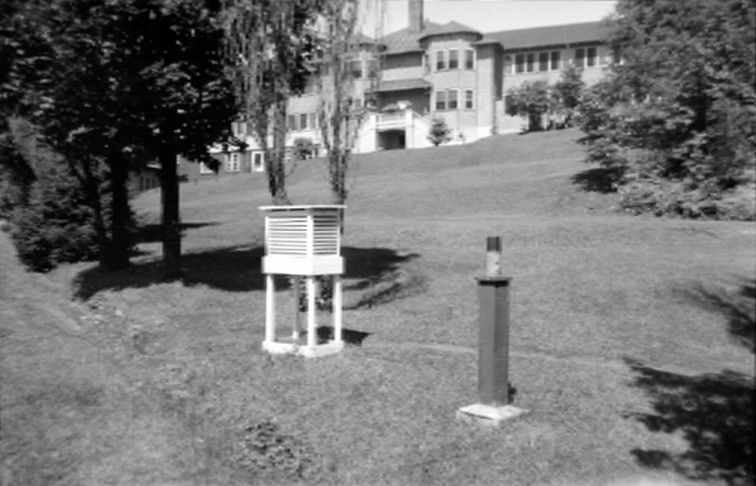 Did you know that Sainte-Agathe was once home to a weather station?

In 1941, the Quebec Tourism Bureau urged the government to set up weather stations specifically to collect data on conditions and climate in ski regions. Records kept included total snow accumulation, temperature, as well as wind direction and speed. Ski resorts, hotels, newspapers and radio stations all took great interest in this information. When transmitted to the Meteorological Office in Quebec City, the data enabled local and regional climate studies to be conducted.

Later, a building was erected and sophisticated equipment installed up in the hills on Raymond St., which you can see looking southward from the train station. Sainte-Agathe’s geographical location, at an altitude of 385 m (1,260 ft), favoured the gathering of meteorological data. The station operated until the 1980s, but is now closed.