From Then to Now 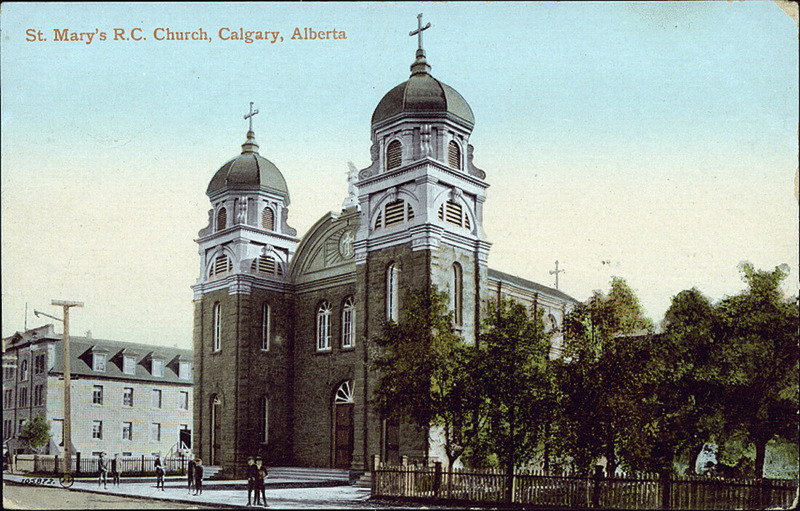 Bells Made in France 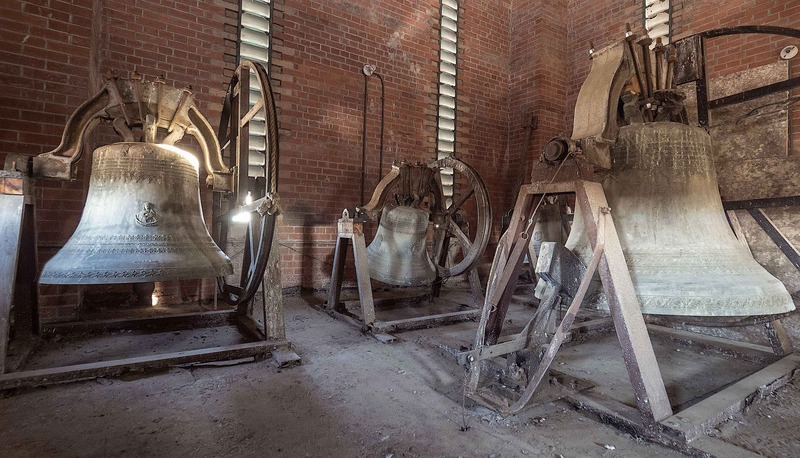 The bells were cast in France by the Paccard foundries, a seven-generation family business which has provided church bells and carillons around the world since 1796.

These four bells are the only items in the old building that were re-used in the construction of the new cathedral.

Of the 7 significant ones: Father Lacombe 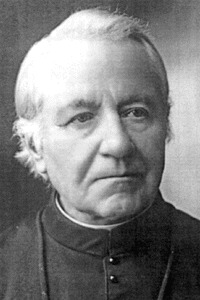 Born in 1827 at Saint-Sulpice, in Lower Canada. He studied at the Collège l'Assomption and was ordained priest of the Oblate Order on June 13, 1849.
Father Albert Lacombe lived with the Métis and Cree at Lac Sainte-Anne upon his arrival in the region in 1852.

Nine years later, in 1861, he moved the mission to St. Albert. Meanwhile, in 1858, he became a travelling missionary in the Blackfoot regions, going as far as the Rivière des Arcs (Bow River) in 1862, to care for victims of a smallpox epidemic.

An emblematic person, he also played a major role in the recruitment of French-Canadian colonists, particularly as of 1874. In 1883, Father Lacombe was appointed Superior of the Calgary diocese and acted as Sainte-Marie parish priest.

It was at this time that he travelled by train to Ottawa to call on the federal government to set aside land to establish a French Catholic enclave in the region.

His tenacity earned him two quarter-sections for his French Catholic mission to defend the language and culture of French Canadians, who were already threatened by assimilation.

This district became the Village of Rouleauville, named in honour of the Rouleau brothers.  Incorporated in 1899, it remained a separate entity until it was annexed by the City of Calgary in 1907. 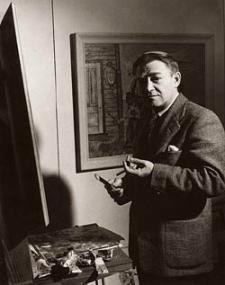 Born in Calgary in the early 20th century, this artist seems to have always had more than one string in his bow. Bright and talented, he painted several works from the time of adolescence and began pursuing architecture in 1924 at the age of 18, becoming an apprentice in his father’s office.

He was inspired by French post-Impressionist painters such as Paul Gauguin, Gustave Loiseau and many others. He studied painting at the Provincial Institute of Technology and Art in Calgary (1926-1927). Finally, he left Calgary for London. He sold vacuums door-to-door while continuing to produce works of art regularly exhibited at the Wertheim Gallery, one of the first in England to be dedicated to modern art.

As a member of the British Territorial Army, Maxwell Bates had to join the allied forces in 1940. Captured in France in the first year of conflict, he was imprisoned for five long years in the Free State of Thuringia, Germany. Several years later, he described his internment in A Wilderness of Days.

He finally returned to Calgary and his father’s architectural firm in 1946 and buckled down to the construction of St. Mary's Cathedral in Calgary, which began in 1957. He suffered an initial stroke in 1961 and left for Victoria where he continued to paint despite partial paralysis. He died on September 14, 1980. 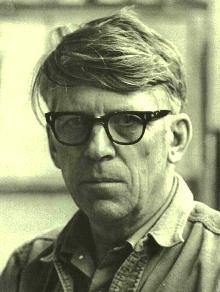 Born on March 8, 1913, painter, sculptor, potter and ceramic artist Luke Lindoe is an Albertan at heart and in spirit. After very brief schooling in a fragile family environment, he ventured out to western Canada and settled far away from everything with vague hopes of becoming a farmer. Unfortunately, the winter of 1933 got the better of him. Starving, he returned to Fort St. James, B.C. and fled to eastern Canada.

When he met up with his father in Coleman, Alberta, he started mining for a time. He finally settled down in Calgary to study at the Department of the Arts at the Provincial Institute of Art and Technology, now known as the Alberta University of the Arts (AUArts). He later taught ceramics there for about ten years.

In 1941, he left the big city for the Prairies and settled in Medicine Hat. It was a peaceful haven for him, a spiritual place that he would never leave despite the many round trips during which he set up Lindoe Studios, which later became Ceramic Arts, in Calgary.

He was commissioned for several stone and concrete murals on public buildings and produced his first major work, the nearly five-metre-high stone statue of the Madonna and Child for St. Mary’s Cathedral.

Luke Lindoe is a mentor known for the richness of his eclectic works. He died in Medicine Hat on December 4, 2000 at the age of 87.

Visit the Interior of the Cathedral