Bridge of the C.No.R station 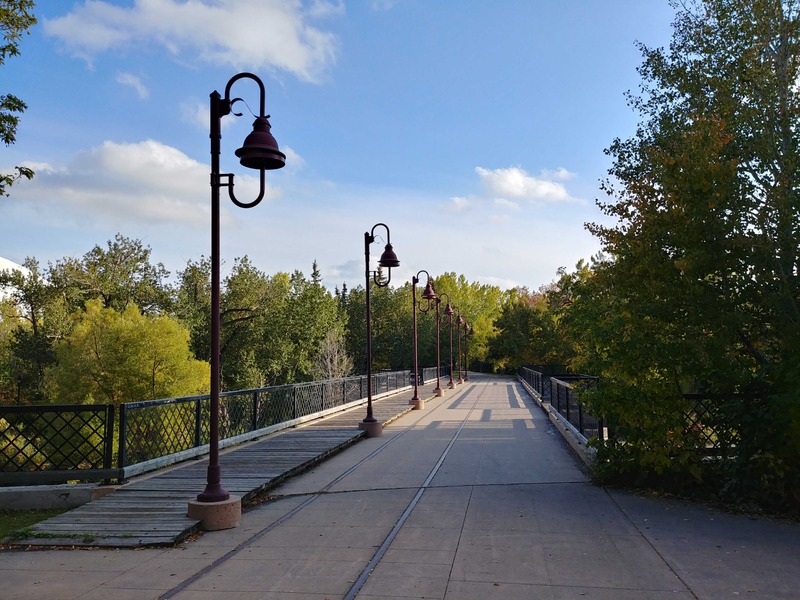 A Bridge for the Railway Station and Rural Markets

End of the C.No.R Adventure 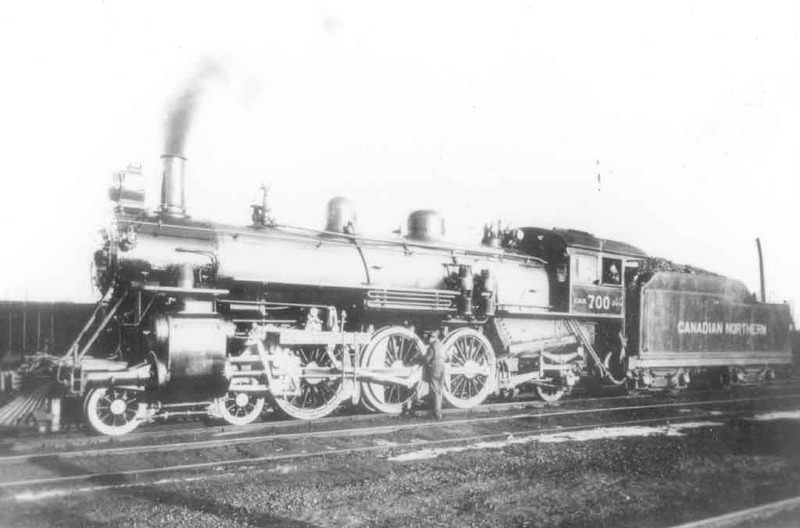 The C.No.R tried in vain to increase its profits between 1915 and 1918 at the height of the conflict. But most of the wartime traffic was travelling with Canadian Pacific and rumours of a Great War financial crisis led to its demise.

The C.No.R was heavily indebted to the banks and governments, and its profitable branches in the Prairie provinces – the richest in Canada – did not generate sufficient revenue to cover the costs of construction in other regions.

Unable to repay its debtors, the company requested financial assistance. In exchange for funds, the federal government became the majority shareholder and the C.No.R was nationalized on September 6, 1918, and subsequently absorbed by the Canadian National Railway (C.N.R.). The company ceased to exist on January 20, 1923, when the Canadian National Railway (C.N.R) was formally consolidated.

The First Train in Calgary 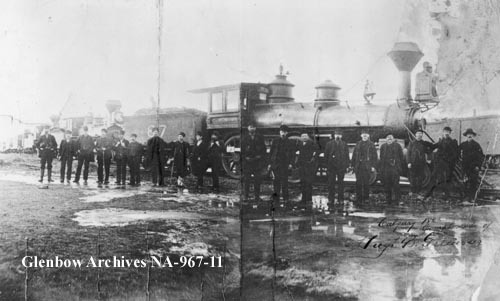 Four locomotives, led by locomotive 87 arriving in Calgary, Alberta. Possibly the first train to arrive in Calgary after the track was completed to the city.
Photo: Glenbow Archives (NA-967-11, 1883)

Of the 7 significant ones: Éphrem-A. Brisebois 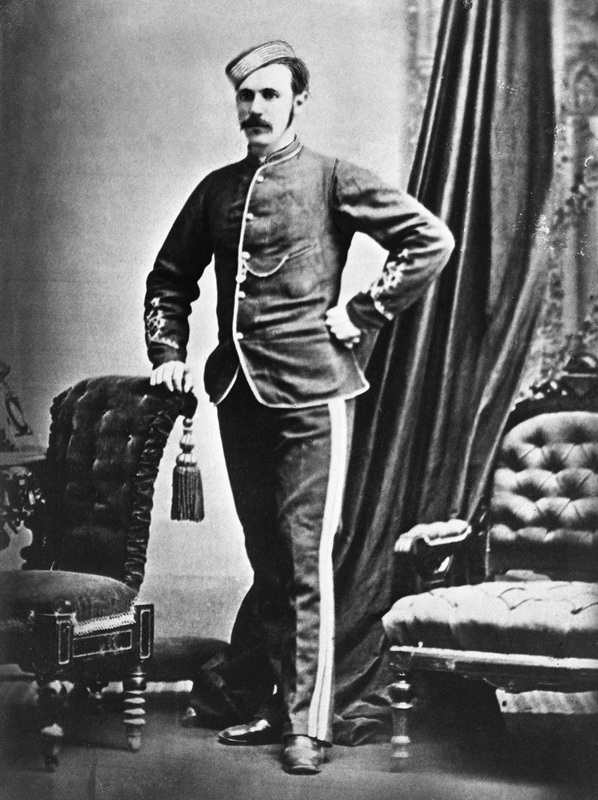 Éphrem-A. Brisebois was born in South Durham, Lower Canada in 1850. His family was well-educated, bilingual and deeply committed to the Catholic religion.

Although he was an excellent pupil, he left school at the age of 15 to enlist in the Northern Army in the last phase of the American Civil War.

His skills as a soldier earned him the designation as one of the first officers of the new North West Mounted Police on September 25, 1873. At the age of 23, Ephrem-A. Brisebois became the only francophone and perfectly bilingual commanding officer to participate in the Great March West of this new police force in 1874.

In April 1875, Brisebois received the order to establish an outpost (Fort Brisebois) near the Bow River, now the site of the city of Calgary. Father Léon Doucet is known as the first white man to have welcomed Inspector Brisebois and his troop upon their arrival.

In a de facto relationship with a Métis woman, he was also concerned about the disappearance of the buffalo. He saw it as a cause of famine for the PlainsIndigenous peoples and made an effort to enforce strict hunting regulations during his stay at the fort.

In 1875, he warned that unless these regulations were enforced, "the Buffalo will disappear in less than 10 years. These Indians will then be in a starving condition and entirely dependent upon the Canadian Government for subsistence.”The government was obliged to feed the Indigenous peoples before five years had passed.