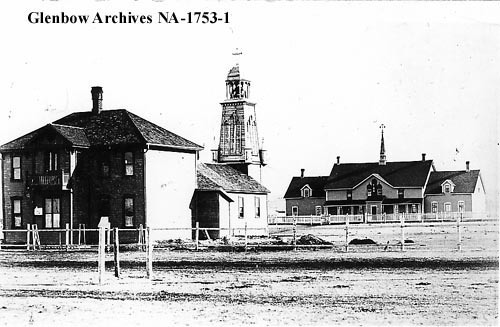 Source audio :Photo: Glenbow Archives (NA-1753-1; 1886) The presbytery and the church in the foreground, the Sacred Heart Convent in the background; Voix: Kenneth LaPointe

The Sisters Faithful Companions of Jesus and Education 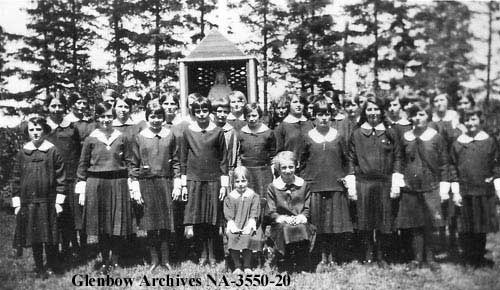 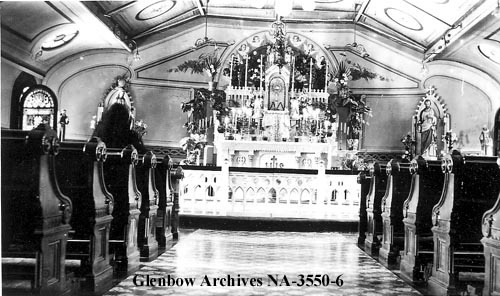 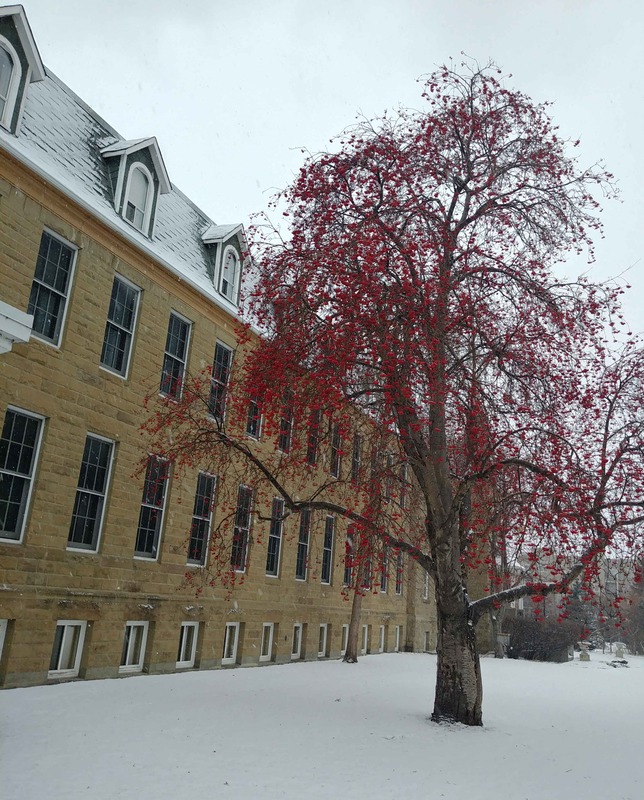 The convent has been a conference and retreat centre managed by the Faithful Companions of Jesus since 1982.

The mission of the Convent, considered by believers as a spiritual centre where God is ever-present, has changed over time and adapted to the needs of the current population with the collaboration of the Catholic clergy and ecumenical leaders.

The convent currently hosts many conferences, retreats, arts and culture workshops and provides support and training for youth.

Source: The Faithful Companions of Jesus; Photo: Arnaud Barbet, the northern facade of the convent in winter, 2019.

Of the 7 significant: Sisters, Faithful Companions of Jesus 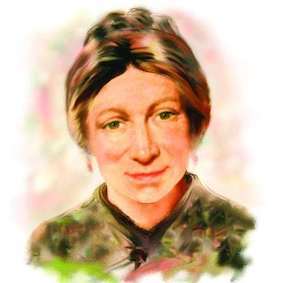 This international congregation of Catholic sisters devoted to religious instruction was founded in Amiens, France in 1820 by Marie Madeleine de Bonnault d’Houet (1781-1858).

In 1883, eight nuns took a very long, perilous voyage from Europe to Saint-Laurent (near Batoche, Saskatchewan) in response to a call from Bishop Mgr. Vital Grandin who needed sisters for his mission lands.

In February 1885, the Northwest Rebellion reached Batoche, under the command of Métis Louis Riel. Louis Riel made a commitment to keep and protect the Sisters as well as five mission priests while the battle between the Métis and the army raged on. Despite the restrictiveness of this proposal, the Sisters agreed.

The Sisters were released in May, following Riel’s surrender to General Middleton, and received confirmation from Mgr Vital Grandin that they would be transferred to a small frontier town called Calgary. They arrived in Calgary on July 26, 1885, and the first school, St. Mary's School, opened its doors on September 1.

Born in France in 1871 as Marie-Madeleine-Victoire de Bengy, her adolescence was riddled with post-revolution social issues.

She married Joseph de Bonnault d'Houët in 1804, but was widowed as an expectant mother ten months later. Her baby was born one month after Joseph’s death.

Marie-Madeleine was socially active, had a love life and seriously considered remarrying. However, deep down in her heart she felt another calling. Inspired by the women of the Bible and her faith in God, she followed this calling step by step.

The last words that Jesus said on the Cross, "I am thirsty", deeply touched her heart.

This strong, young woman, known for her generous spirit, zest for life and strong will, founded a society of Roman Catholic Sisters that followed the Rule of St. Ignatius. The Faithful Companions of Jesus was established in 1820.