Along the Banks of the Elbow River 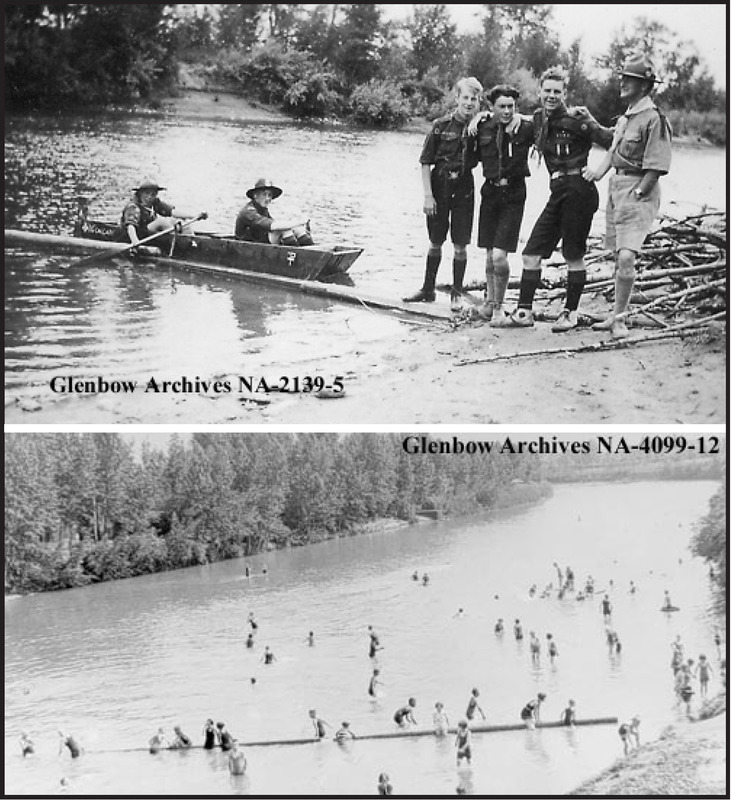 The Elbow River has always been an area of rest and relaxation for many Calgary and area residents.

Don’t be surprised to see all types of watercraft floating along the river in Rouleauville. Far from Jacques Cartier and his discovery of our beautiful country, going down the Elbow and the Bow further north are beautiful adventures for friends and lovers.

All along the walkway you can also enjoy improvised beaches, bask in the sun on one of the many public benches or cool your feet in this clear water from the summits nearby. You certainly wouldn’t be the first to do so!

As evidenced in archival photography, the river has always been a children’s playground, a scout’s learning ground as well as a wonderful winter skating rink before the arrival of climate change and its hazards. 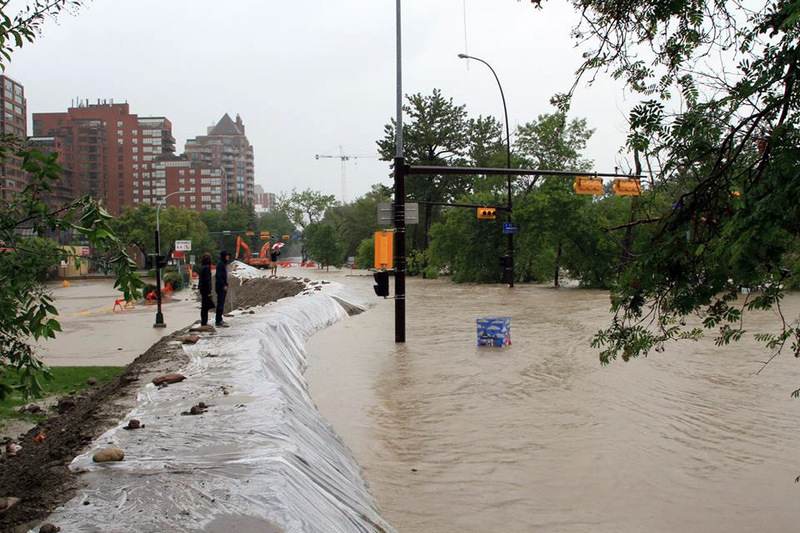 The source of the Elbow River is a lake of the same name, a few dozen kilometres from Calgary. In the Rockies, at the foot of the eternal snow, the water of Elbow Lake often flows out very irregularly depending on the season as well as the precipitation, causing dramatic flooding downstream.

The whimsical accomplice of the Bow River to the north, the Elbow River caused considerable damage in the nineteenth and twentieth centuries, destroying rail lines and bridges on various occasions.

The years 1879, 1902, 1915, 1929 and 1932 are grim reminders for elders and their descendants. Closer to home, the temperament of the Elbow flared up in 2005, then again in 2013, forcing the evacuation of thousands of people following extraordinary flooding.

June 20 and 21, 2013 stand out in everyone’s memory. The Elbow River and other waterways in southern Alberta overflowed from torrential rains, forcing the evacuation of more than 100,000 Calgarians. The Rouleauville-Mission district was a disaster area.

The tragedy in Alberta, particularly in Calgary, destroyed more than 1,000 kilometres of roads. Many bridges were washed away and thousands of homes and vehicles were damaged. The Government of Alberta put the total cost of the disaster at about five billion dollars, making this the costliest catastrophe in Canada`s history.

And in the midst of all these figures, no one will ever forget the four victims washed away by the current.