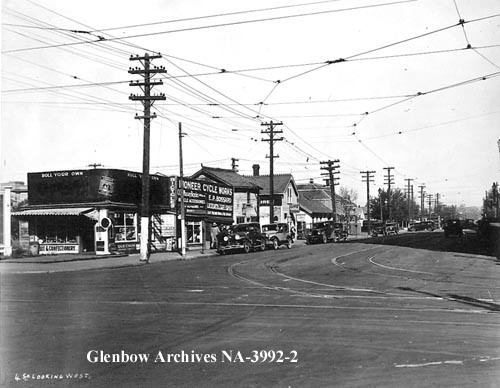 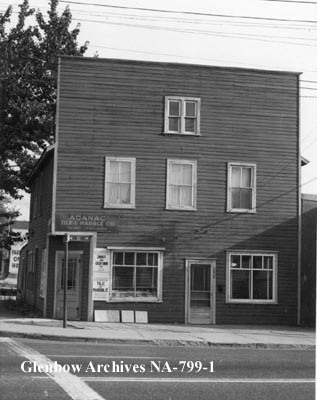 The Blue Rock Hotel was located at the corner of 4th Street and 25thAvenue (Broadway and Scollen) which is currently the site of Roxboro House, a community of apartment and town home condominiums.

This hotel was managed by a jovial "Irishman" named Ed Mellon. It became a well-known place in the new Calgary. Towering above the gateway to the vast prairie, it was the last thirst-quenching stop before Fort Macleod. Travelers would go there to have "one for the road".

It attracted its share of thirsty cowboys, travelers and First Nations people. But Evelyn Sparrow and her sisters, daughters of Angus Charles Sparrow and Harriet Ann Mooney, owners of the Pine Creek or Sparrow Ranch, would go to the Blue Rock Hotel to enjoy the adorable Mrs. Mellon’s fresh-baked rolls.

Business struggled following the opening of the Mission Hotel a little further south in 1912, and the hotel became the Blue Rock Café.

Gastronomy on Broadway Street and Area

Broadway (4th Street) has always been known for its eateries.  A stroll along the street will still blow you away with its delicious aromas and mouth-watering showcases. Don’t wait to get a taste of authentic French dishes and treats! 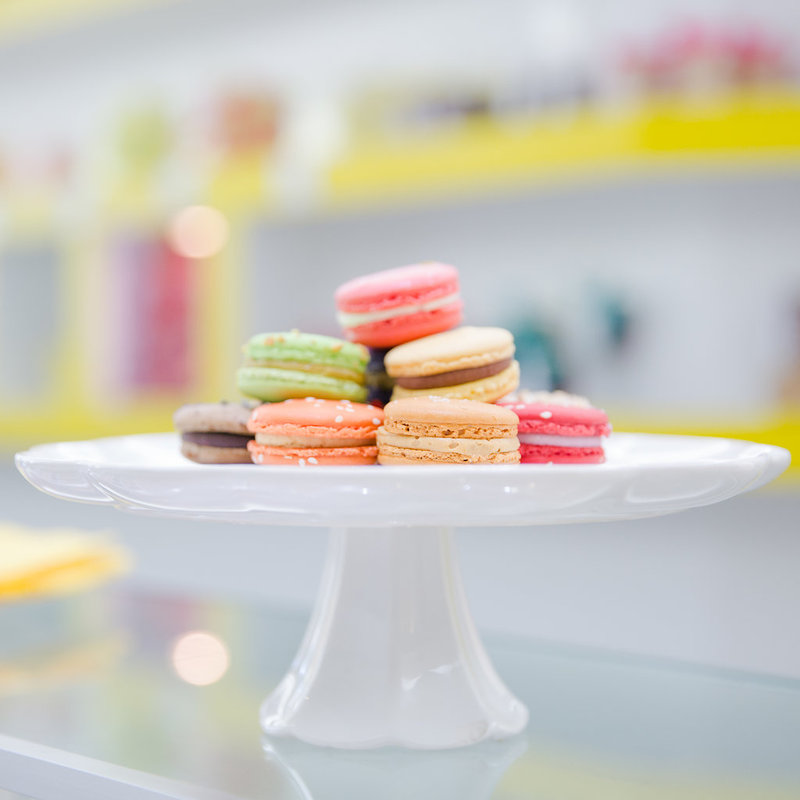 Small but incredibly tasty, the macaron is a French pastry that tickles tastebuds all over the world. The meringue melts in your mouth and the sweet almond powder carries you away. Gently baked in the oven, the multi-coloured treat whets your appetite.

Its origins were lost in the Thousand and One Nights, but it was found again in Syria where it was called louzieh (almond). The early recipes date back to the Renaissance when macarons came to Italian markets where they were called maccherone. The recipe changed over the centuries and finally received its letters patent when it crossed the French border with Catherine de Medicis, the future queen of France. It became a necessary dish at Court, and in 1552, Rabelais referred to it as a "little round almond pastry" in Quart livre.

The macaron recipe quickly left the French capital and became a coveted treat. Each region strived to create its own traditional recipe. From Alsace to Ardeche, it withstood the test of time. A simple almond biscuit, crunchy on the outside and soft on the inside, it became the macaron known in the 1830s. In this era, macaron shells were sandwiched together and filled with spices, various flavoured creams, ganache or jams.

A famous Parisian company ultimately created the multi-coloured, multi-favoured macaron in the early twentieth century. It was a rebirth and the beginning of a great journey which Yann Blanchard, head pastry chef, enjoys being part of: "The macaroon is a delicate pastry that can be complex in flavor while tasting its pure flavour between thumb and forefinger." 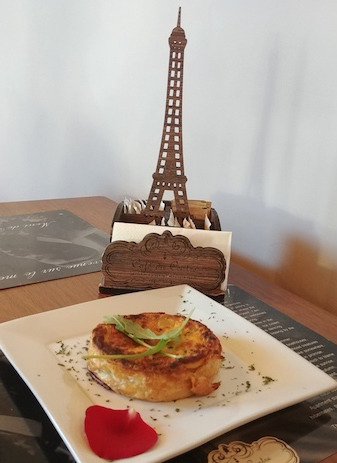 As is very often the case with gastronomy, the etymology of certain words gets lost in literature. Such is the case with quiche.  The term appeared in an account book of the Hôpital Saint-Julien de Nancy in France in 1605, under parboiled food and quiches.

The term appeared again in the early nineteenth century. It could also be a derivative of the Frankish "Küche" or "Kieche", in the regional language of Lorraine. It is still used today for all salty pies.

At that time, it was made of bread dough. Today it is made of shortcrust or flaky pastry to make it lighter. The "migaine"served in Lorraine, with a base of eggs and thick cream, was garnished with diced bacon. Today, however, because of its success, the quiche has travelled around the world. Now there are all sorts of variations for every taste, from salmon and chicken to leeks, depending on the chef’s imagination.

Duke Charles III of Lorraine (June 12, 1545 – May 14, 1608) was a very big fan, but Alfred Hitchcock also seemed to have fallen under its spell. In one scene in To Catch a Thief, produced in 1955, Cary Grant and John Williams are gathered around a delicious dish of quiche lorraine made by the housekeeper. The pastry is said to be "as light as air". He is known to have liked it for breakfast!

Daiana, in her Parisian-style café, likes serving hers with arugula and balsamic vinegar: "the quiche is a savoury dish that you can eat at any time of the day, light and tasty, it could quickly become an addiction!" 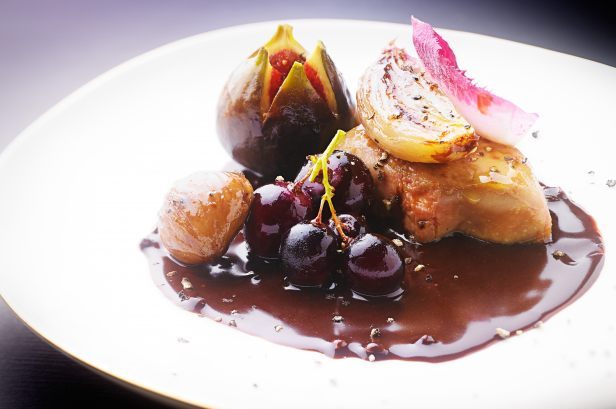 The discovery of the gustatory virtues of foie gras can be linked to the practice of divination in Antiquity, over 6,000 years ago. Men who sacrificed animals also tasted the noblest parts. Having discovered the delicious flavour of foie gras from the wild geese that came to spend the winter between the Tigris and the Euphrates or near the Nile Delta, foie gras became much sought after.

The Egyptians’ interest in foie gras was passed on to the Greeks and then to the Romans, while the Hebrews carried on the tradition of raising and force-feeding from their old Egyptian masters. They finally dispersed in eastern Europe as well as in France, while carrying on the tradition.

The products from palmiped fat had always been food for the eastern peasants in Alsace and the southwestern peasants in Dordogne and Gironde. Foie gras and other products derived from the palmipeds began to be sold on the markets, becoming a source of income for peasants and ultimately a real economy. The term foie comes from the latin ficus "fig" and this foie gras, from the fig, which fattened the animal.