The French Mass was Threatened

A New Building for the Community in 1963 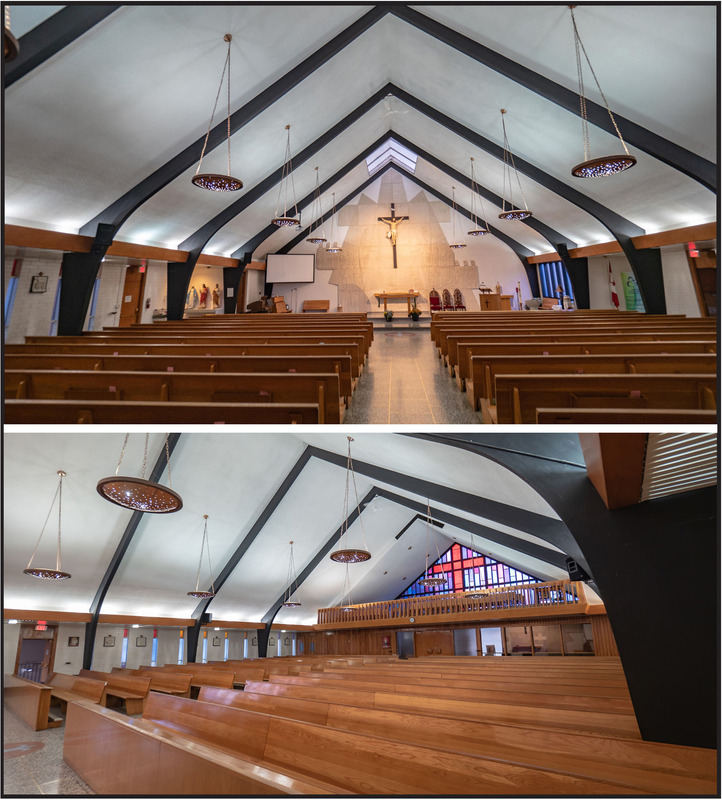 A Replica of a Miraculous Crucifix 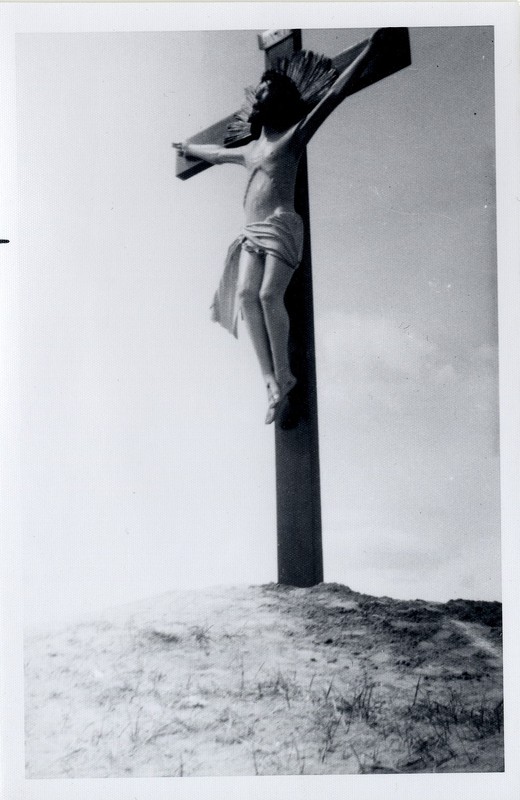 When you face the altar, you can’t miss the crucifix dominating it. This is the work of Peter Franssen, born in Venray, Holland, on November 17, 1865. He settled in Calgary in 1943 following several adventures in Wisconsin and the fruitless route to the Klondike.

He was inspired by an article in a Dutch magazine recounting the miracles attributed to the crucifix of the church in San Pedro de Limpias, a small village in the diocese of Santander, Spain. At the time, the vestry of the church had no fewer than 8,000 testimonies of miracles, including 2,500 under oath.

He spent two years in a shed in his backyard sculpting this work, an extraordinary replica. At the time, he was equipped only with a pocket knife and tools that he made himself using pieces of coat hangers, razor blades and nail files.

This crucifix, like the original, depicts the last agonizing moments of Jesus Christ on the cross. It was almost entirely carved out of a single tree trunk, a poplar chopped down on St. George’s Island, the current location of the Calgary Zoo.

The creation was delayed by cancer surgery, but the artist completed the work upon recovery. Full of details, it shows Jesus’ serene expression with the first two fingers of each hand extended as a sign of benediction.

Having beaten cancer, Peter Franssen died after a bad fall on the ice in front of his house in November 1945, at the age of 80.

The crucifix, exhibited many times, was recovered and stored at the home of his niece, Loretta. Finally, in the sixties, Albert Comeault, a Sainte-Famille parishioner who knew Hank Verment, Loretta’s husband, set his eyes on this magnificent work. The Verment’s understood the necessity of such a work for the good of the parish and offered it to the community. It was installed when the new church opened in 1964.

At the time of the artist’s death, the crucifix was in the bedroom of his nephew, Walter. On a beautiful summer day in 1949, Walter and a photographer friend mounted the crucifix at the top of Scotsman’s Hill near Maggie Street to take a picture. Not knowing what the two men were doing, neighbours called the police afraid that someone was going to be crucified.

According to the Calgary Herald on January 11, 1951, hundreds of curious onlookers gathered on the hill to see what was going on.