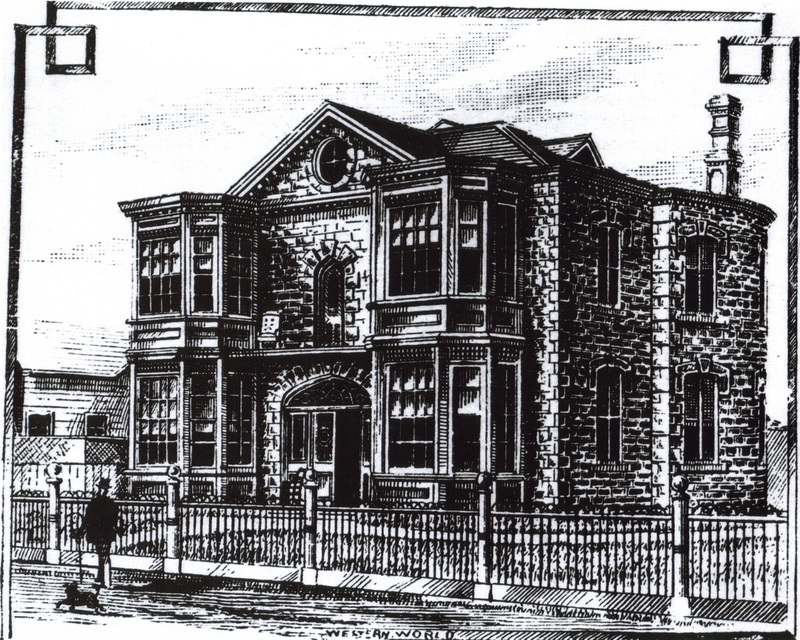 In 1890, Judge Charles Rouleau had a residence built in Rouleauville where he lived until 1895. The imposing nature of the building attested to the Rouleau’s prosperity. The couple notably held unforgettably lavish receptions there.

Nearby residents referred to the estate as the Castel aux Prés because of its similarity to a residential mansion. This house was one of the most opulent in Calgary in the late nineteenth century.
The residence was finally demolished in 1940, giving way to the Athlone Apartments, an exemplary Art Moderne-style building.

From Mansion to Residential Complex 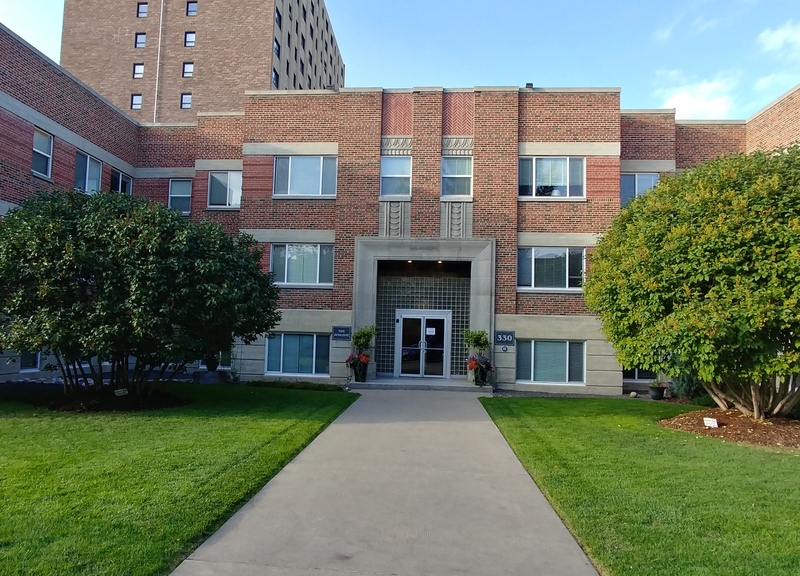 The 46-unit residential complex incorporates elements of neoclassical architecture such as pilasters and decorative lintels.

It is more luxurious than others built at that time and one of the largest. It is a wooden-framed, brick building.

The apartments are named after Count Athlone, who was Governor General of Canada when the building was officially opened in 1940.

In 2008, the Athlone building was recognized as a heritage site by the Cliff Bungalow-Mission community association.

Of the 7 significant ones: Judge Charles-Borromée Rouleau 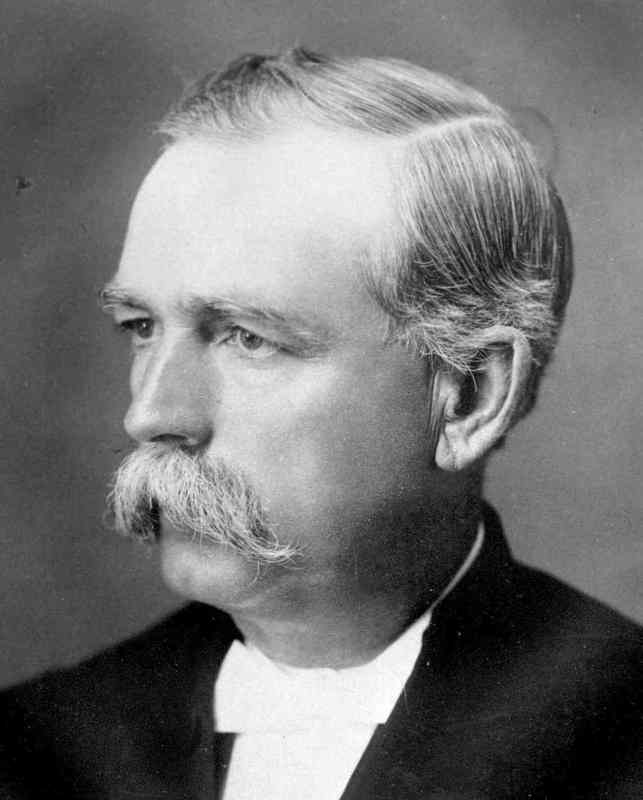 The Honourable Charles-Borromée Rouleau and his wife Elvina arrived in Calgary in 1886. This Canadian politician, lawyer, judge and writer performed the duties of Chief Justice and was one of the first judges in the Supreme Court of the Northwest Territories.

The territories at that time included the Yukon, until 1898, and became the provinces of Alberta and Saskatchewan when they joined Confederation in 1905.

Judge Rouleau left his mark on the school system in the Northwest Territories when he proposed amendments to create a more balanced system for Catholic schools and the French language. These were integrated with the school ordinance of 1884. In 1885, Charles-Borromée Rouleau and Father Albert Lacombe became members of the Catholic section of the Office of Education, formed pursuant to the law, until 1892.

The only mark on Judge Rouleau’s excellent record was the Cree trial following their abuses at Frog Lake on April 2, 1885. Twelve White and Métis people who were at the Frog Lake settlement were rounded up while the First Nations pillaged the stores at the Hudson’s Bay Company post as well as the police barracks. They ultimately took the lives of nine men.

Unfortunately, the literature indicates that "the trials of the Crees arrested for their involvement at Frog Lake were short; in retrospect, justice seems to have been done arbitrarily. None of the Indians received legal assistance."

Letter from Judge Rouleau to his Son

Gastronomy on the Stampede Route. 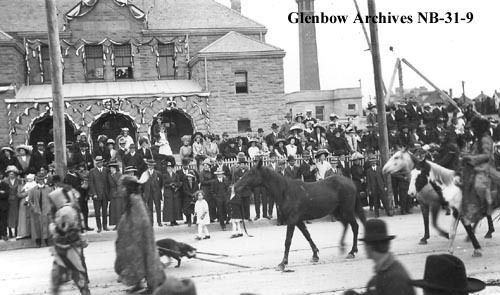 Don’t hesitate to follow your heart back to Rouleauville Square for one last photo. Not far from there, on the Stampede route, you will find treasures to indulge in. 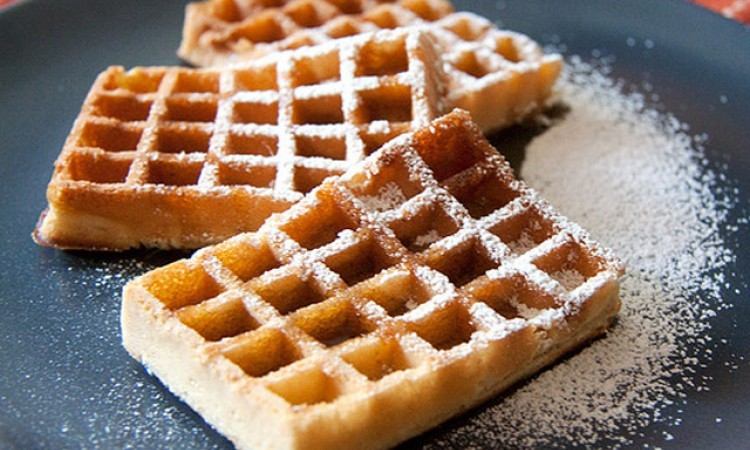 As the cookbooks seem to say, "Show me your waffle and I will tell you where you come from". One thing is certain; the waffle is associated with Belgium. But aren’t there two waffles, the one from Brussels and the one from Liege? It’s hard to know which one is better; each one is generously sweetened.

Gourmands will choose. The Brussels waffle is francophone by definition. It is rectangular and its 20 or 24 deep, discrete pockets or holesare decorated with icing sugar, while the one-of-a-kind Liege waffle is thick, square and crisp with pearl sugar.

But let’s go back to the origins of the waffle.
In 1830, according to the literature, the waffle originated in Brabant, a province of Belgium. But it would seem to be found throughout the history of humanity. From the cereal waffle cooked on a hot stone during the Neolithic period to the pan made of two iron plates used to make small cakes in Ancient Greece, the waffle has crossed through the ages.

However, it was in the thirteenth century that a blacksmith was inspired to make the honeycomb mould.  This was also when wealthier people began making waffles with egg yolks and milk rather than only flour and water.

Waffles have always been a festive pastry, sold on the street or on the square in front of the church. It is now a major part of Mardi Gras! 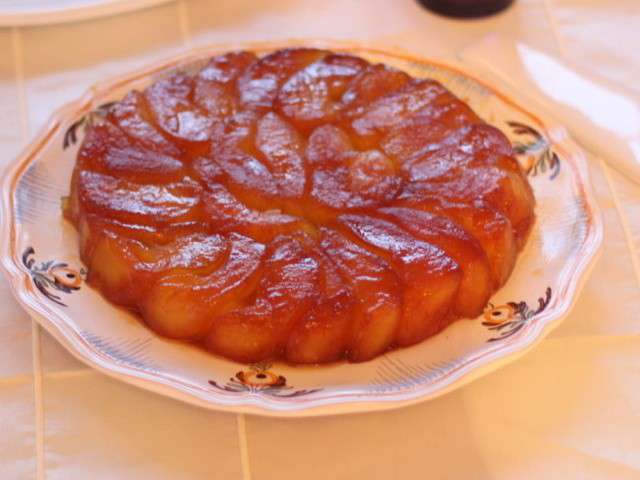 Once upon a time there was a tarte Tatin like no other. That much is for certain. There is some mystery to its recipe and its origins are  part of a mystery that has been kept going. It is a flaky or shortcrust pastry garnished with multicoloured apples; its caramel makes it crunchy.

If you have a Breton soul, you will love making it with salted butter. It all seems a matter of taste. One thing is certain; tarte Tatin is an undeniable addiction with origins in the blunder of one of the two Tatin sisters in the late nineteenth century.
In 1898, at their inn in Lamotte Beuvron (Loire-et-Cher), Ms Caroline and Stéphanie Tatin were baking.

They were visited at the time by many hunters, men who were difficult and dull and belonged to a greedy elite (according to certain accounts) and who appreciated the untiring gastronomic flavours and inventions of their hostesses.

Some attributed this blunder-turned-culinary success to the scatterbrained nature of Stéphanie Tatin, while others are inclined to incriminate a client who was a little too talkative. In any case, the famous pie, inadvertently stuffed in the oven without its pastry, filled the kitchen with its aroma. This was no longer a pie.

It was too late to turn back. She took a bit of crust, rolled it out, put it down over the apples, and put it back in the oven. In order to make it more presentable for serving, she flipped it over still steaming. A stroke of genius!

Many thanks to all friends of Rouleauville-Mission